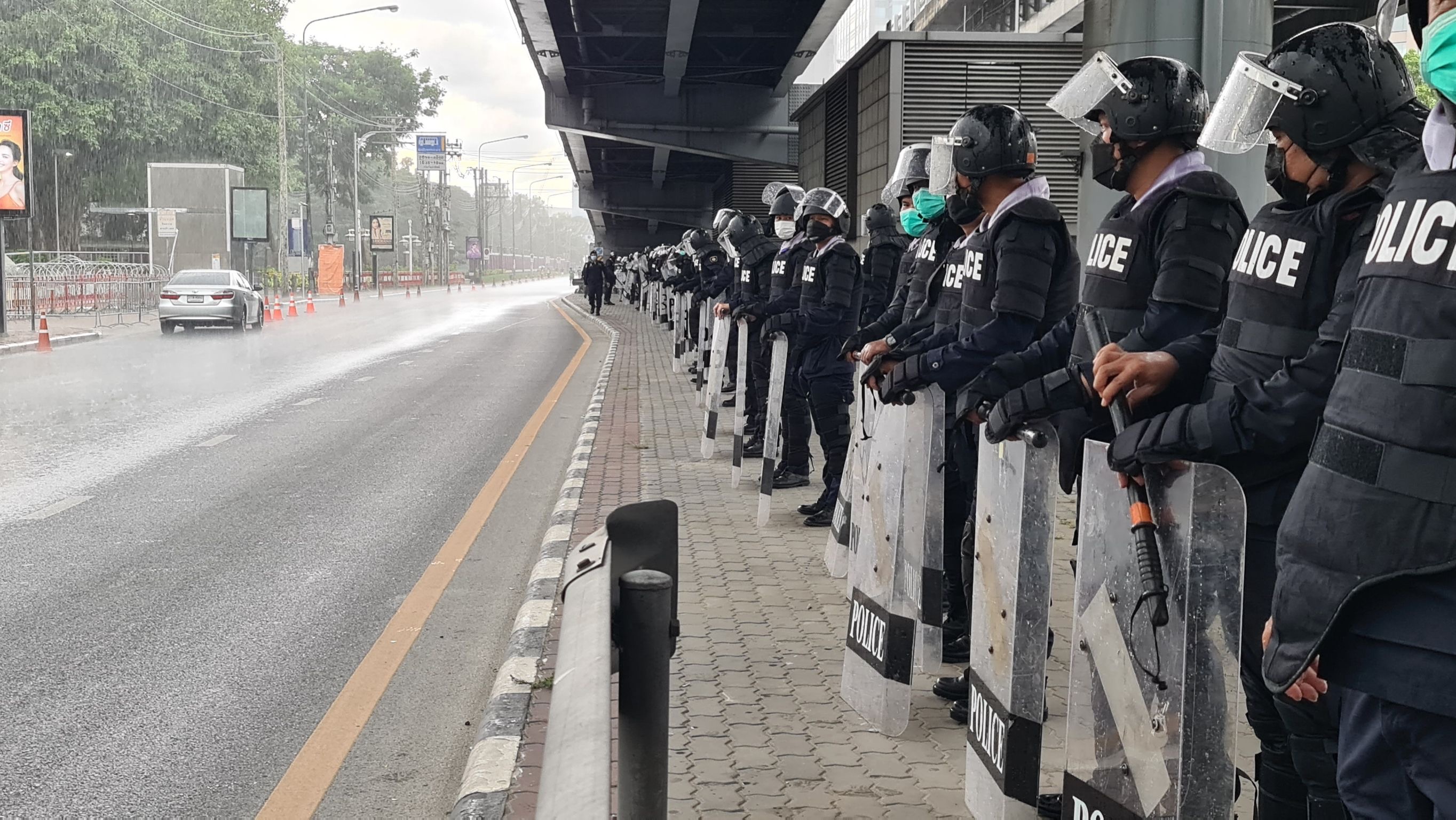 Led by the “United Thammasat and Demonstration” group, the protesters, many riding motorcycles, started gathering in front of the Swiss Embassy on Wireless Road at about 3.30pm. They planned to march to Lumpini Park at about 4pm, where they would rally around the statue of King Rama VI, at the entrance to the park, to reiterate their demands for reform of the monarchy, the resignation of Prime Minister Prayut Chan-o-cha, the writing of a new Constitution and the creation of a welfare state with free vaccines for all.

A protester said they gathered at the Swiss Embassy to express their appreciation for the country’s donation of 1.1 million COVID-19 test kits and 102 ventilators to Thailand last month.

Heavy rain, however, forced the protest leaders to delay the march and many protesters were seen taking cover under shades in front of the embassy. 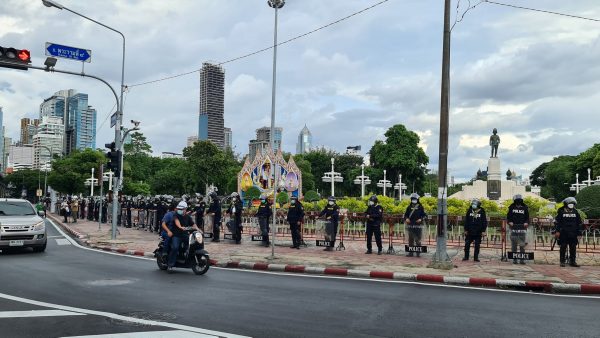 At about 4.40pm, the protesters switched direction and set off along Sukhumvit Road, towards Ratchaprasong intersectioninstead of Lumpini Park. They arrived at the intersection at about 5pm.

Meanwhile, hundreds of crowd control police were deployed at the Saladaeng intersection, at the mouth of Silom Road and close to the entrance to Lumpini Park, to cope with protesters who may try to reach the statue of King Rama VI.

Pol Col Krisana Pattanacharoen, deputy spokesman for the Royal Thai Police, said this afternoon (Saturday) that police had to take precautionary steps to prevent the protesters from rallying around the statue, as it is just a short distance from the Chulalongkorn Hospital and may disturb the patients. 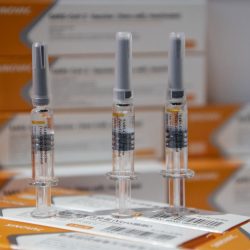 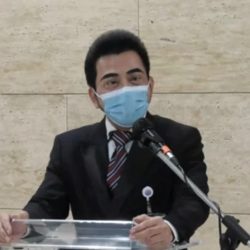