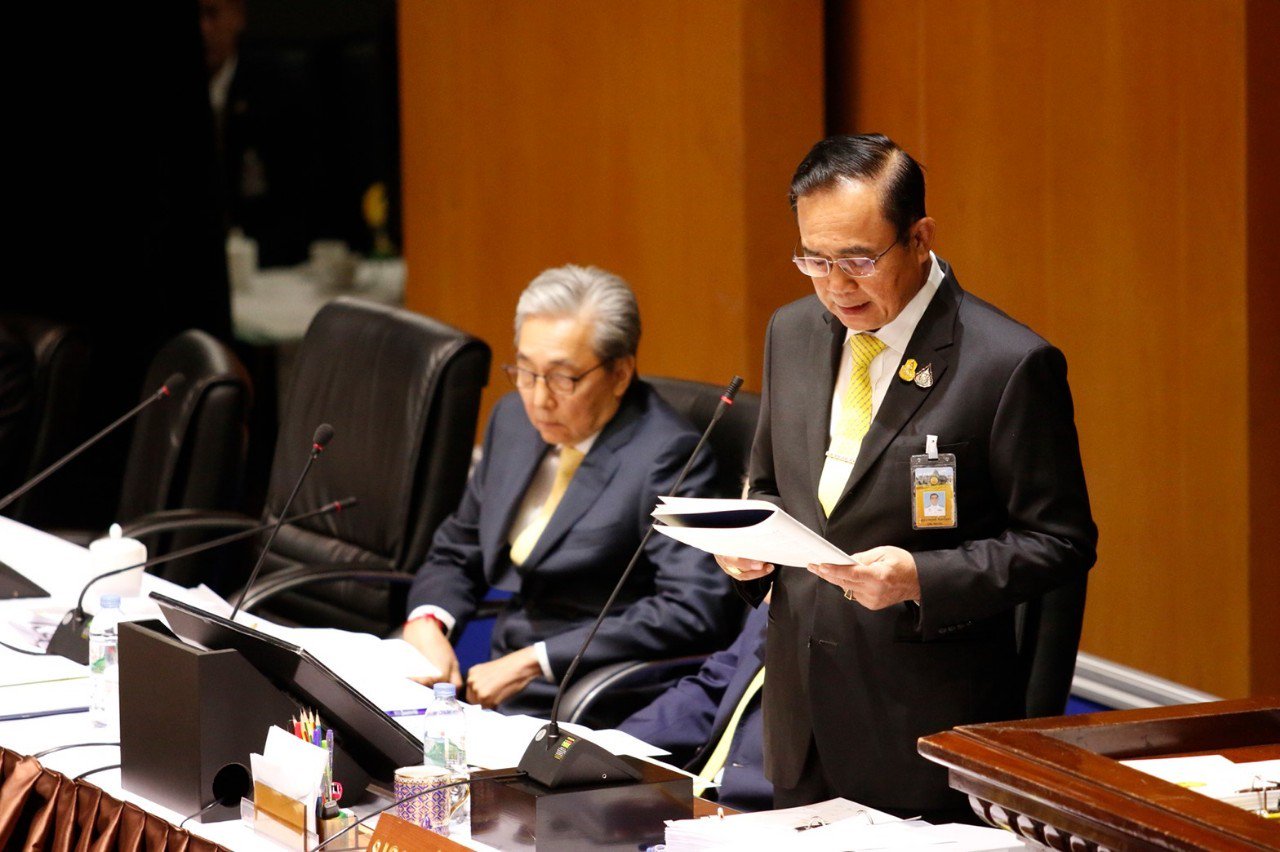 Instead of issuing or barking orders in a manner familiar to him during his military career and as head of the military junta and its government, Prime Minister Prayut Chan-o-cha found himself having to take instructions from other people when he delivered the government’s policy statement in parliament this morning.

Apparently unaware that he is required, by parliamentary regulations, to read the precise text of the policy statement out loud, the Prime Minister tried to improvise by speaking in a debate style.

For instance, he said Thai society must move forward and Thai people must live a better life to meet the challenges of the 21st century, and then he asked if anyone did not agree with this.

He also commented that there are still many people who do not understand the philosophy of sustainable economy.

The Prime Minister’s straying from the text of the policy statement prompted protests from the opposition MPs and the parliament president, Mr. Chuan Leekpai, who suggested he stick to the text.

The Prime Minister also taunted the Pheu Thai MP for Nan province, Cholnan Srikaew, saying “Oh! A parliament star [sic], please” when the latter objected to his deviation from the text.

Cholnan said that, by not following the text, there would be problems when recording and checking the meeting minutes because the wording which is not in the policy statement text will not be recorded.

“This parliament has a president to chair the meeting. The person who presents the government policy statement is not in charge in this house, so he has no power to order me to speak or to stop speaking,” Cholnan said in reference to General Prayut.

Joining Cholnan, Future Forward party-list MP Kharom Ponpornklang said that parliament is not a military barracks where the general can bark orders to or point fingers at the MPs “because all the people in here are members of parliament and are here to listen to the government policy statement and not to take orders from the Prime Minister.”

Before the start of the meeting, Chuan reminded all MPs to follow parliamentary rules strictly, saying that the meeting was being broadcast live and they should properly behave.

Altogether 702 of the 747 MPs and senators signed up for the meeting.

Before the delivery of the policy statement, Future Forward secretary-general Piyabutr Saengkanokkul asked to speak to challenge the legal status of the cabinet, noting that the Prime Minister omitted some words during the oath-taking ceremony.

Before the bickering got out of control, Chuan stepped in to end the protests and allow the Prime Minister to proceed with his policy presentation. 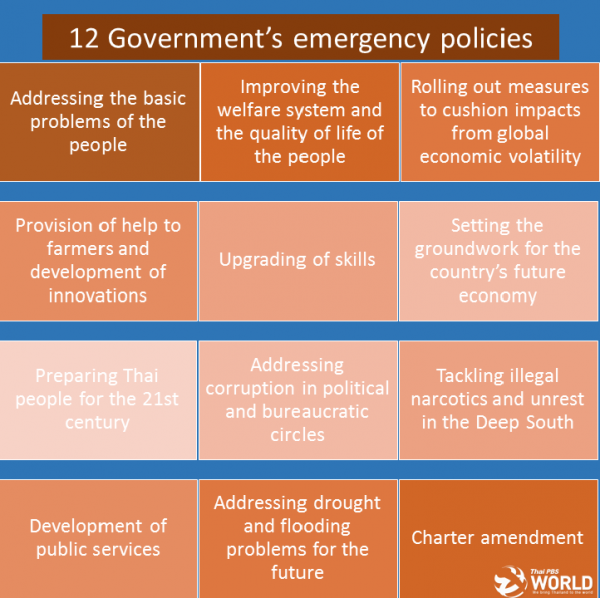 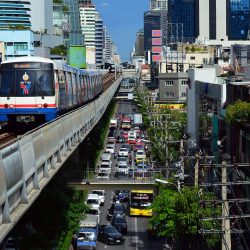 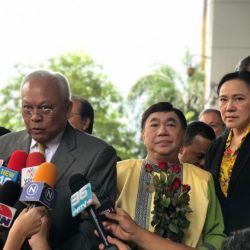