The Omicron variant is now the dominant COVID-19 strain in Thailand, representing 70.3% of new infections in the week between January 2nd and 8th, with total Omicron cases numbering 5,397, spread over 71 of the country’s 77 provinces.

Assistant spokesperson for the Centre for COVID-19 Situation Administration (CCSA) Dr. Sumanee Wacharasint said today (Monday) that it is not at all surprising that the Omicron variant is outpacing Delta to become the dominant strain.

The Delta variant represented 29.7% of new COVID-19 cases during the same period.

Of all COVID-19 infections since November, Delta remains dominant, representing 64.71%, followed by Omicron at 35.17% and the rest being of the Beta and Alpha variants, she said.

Dr. Sumanee noted that, even though the frequency of foreign arrivals has slowed, the infection rate is steadily rising, most of which were detected in RT-PCR tests conducted between January 4th and 7th.

Of the 412 cases among foreign arrivals, 376 are foreign tourists and the rest are Thais and they are scattered across “sandbox” provinces, with most of them in Phuket and Surat Thani.

18 provinces recorded more than 100 cases today, with most of them being “sandbox” provinces.  The northern province of Lamphun recorded the fewest. 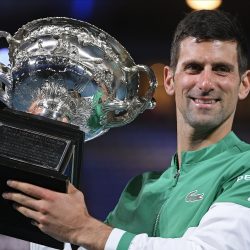 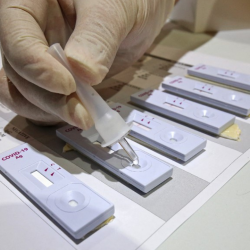