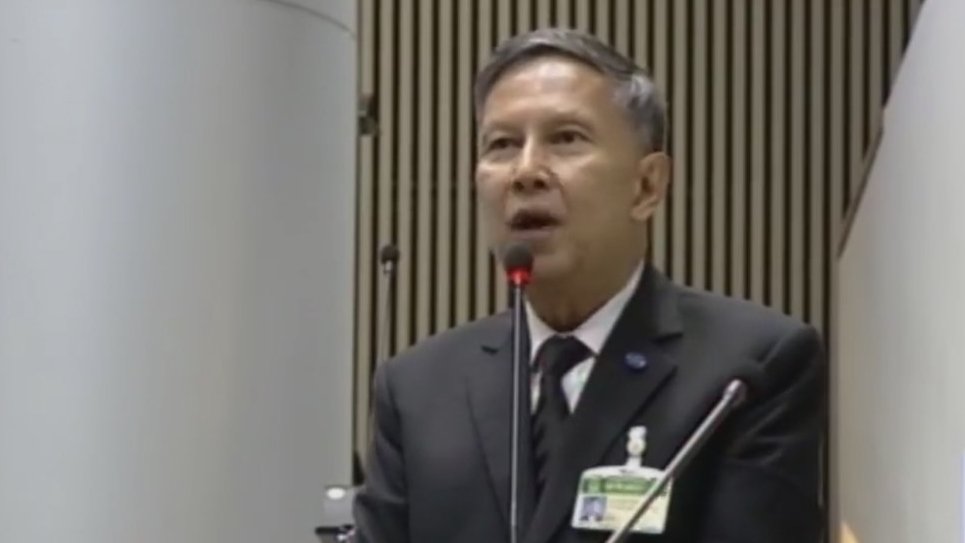 Senator Kamnoon Sidhisamarn proposes an amnesty bill as a way to bring about national reconciliation.

An amnesty for political offenders is being proposed again, at a time when leaders of anti-government protests over the past 15 years are suffering legal penalties including jail terms and hefty damages.

The renewed pardon call has reignited the issue that sparked political crisis in 2013 when a government-sponsored amnesty bill sailed through the Lower House. The proposed blanket amnesty would also benefit politicians charged with corruption, including former prime minister Thaksin Shinawatra – brother of then prime minister Yingluck Shinawatra.

The latest push – supposedly aimed at political reconciliation – was made by Senator Kamnoon Sidhisamarn, who said an amnesty was crucial for achieving national reconciliation.
Many of those involved in anti-government and other political protests have been sued and are facing long sentences or huge civil damages. Protest leaders unable to afford the financial penalty saw their assets being seized at court order.

Charges against the protest leaders range from violating the state of emergency and inciting unrest to terrorism and treason.

Under Kamnoon’s plan, leaders and participants of anti-government rallies over the past 15 years would be granted pardons. However, there would be no amnesty for those charged with corruption, violent crime or lese majeste.

The senator called on Prime Minister Prayut Chan-o-cha to submit an amnesty bill to Parliament as part of national reform efforts under the Constitution’s Article 270.

However, General Prayut has responded coolly, saying he has yet to consider the matter.
The PM no doubt recalls the chaos that erupted following the previous amnesty move in 2013.

On November 1 that year, Yingluck Shinawatra’s government managed to pass a bill granting blanket amnesty for all people involved in past political conflicts, including politicians charged with corruption and individuals accused of serious crimes like arson and murder.

Critics said the bill was largely aimed at benefiting Yingluck’s brother Thaksin, who faced multiple corruption charges stemming from his time in power.

Both siblings now live in self-exile overseas. Thaksin fled the country in 2008, shortly before he was sentenced to two years’ imprisonment for abuse of power. Yingluck was sentenced in absentia to five years in prison in 2017 for negligence in relation to her government’s corruption-plagued rice subsidy scheme.

The 2013 amnesty bill’s passage by the House of Representatives caused widespread public anger, prompting the Senate to vote it down. But this failed to stop angry crowds from taking to the streets against the Yingluck administration.

The street protests, led by the People’s Democratic Reform Committee, continued for more than six months until the May 2014 military coup, whose leaders promised national reforms and reconciliation.

The panel released its report in 2012 during the tenure of Yingluck’s government, but its recommendations were not put into action.

However, a year later politicians from Yingluck’s Pheu Thai Party cited the Kanit panel’s recommendation of a political pardon when they proposed the controversial blanket amnesty bill.

Prior to that failed bill, as many as 23 laws had been issued to grant amnesty to political offenders over the years – 16 of which covered pardons for those involved in successful or unsuccessful coups.

The country’s first amnesty law came after the 1932 Siamese Revolution, which abolished absolute monarchy. The decree pardoned all those who violated the law while taking part in the power takeover.

The latest amnesty proposal by Senator Kamnoon has earned support from politicians and some former protest leaders, but also concern that fresh disagreement over who should be pardoned could reignite the conflict.

‘Amnesty with no conditions’

MP Sutin Klungsang, of the opposition Pheu Thai Party, said now is the right time to issue political pardons. However, he called for an “amnesty with no conditions” that covers everyone equally.

That blanket-amnesty stance risks undermining the latest effort for reconciliation, and even Kamnoon has avoided discussing the issue. Asked if Thaksin and Yingluck would also be exonerated for their wrongdoings while in office, Kamnoon said he would not discuss specific individuals.

Senator Peerasak Porjit said the amnesty proposal prompted the question of whether the two former PMs would also be included. “We should not start with mentioning the names of particular persons, or the discussion will fail. We should start with identifying groups of people and the time period to be covered,” he said.

Professor Chaiyan Chaiyaporn, a political scientist at Chulalongkorn University, said an amnesty would help ease the chronic political conflict of the past 15 years. However, he warned of serious opposition if people accused of violent crimes were pardoned.

Former protest leaders, however, are divided on whether or not an amnesty bill should be passed at this point in time.

Jatuporn Prompan, chairman of the red-shirt United Front for Democracy against Dictatorship (UDD), supports Kamnoon’s proposal. “We are at a point in time when society can enjoy some respite,” he said.

He had served a year in jail for defaming then-PM Abhisit Vejjajiva in a speech to protesters, while five other red-shirt leaders are still serving prison time for the 2007 demonstration during which Privy Council president Prem Tinsulanonda’s residence was besieged.

“Isn’t it too late? All persons involved have been prosecuted, and the conflict dating back 10 years is no longer a threat to peace and security,” he said.

Suriyasai Katasila, a leader of the yellow-shirt People’s Alliance for Democracy (PAD), questioned the government’s sincerity in actually taking action to achieve reconciliation, adding that he suspected “certain side” was benefiting from the prolonged conflict.

“It’s a ‘divide and rule’ thing. When people are in discord, their power to scrutinise the government gets weaker,” said Suriyasai, who was among the five PAD co-leaders to be granted a royal pardon and released from jail in May last year. 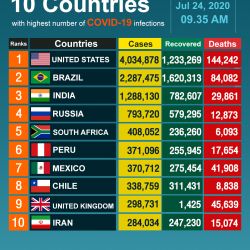 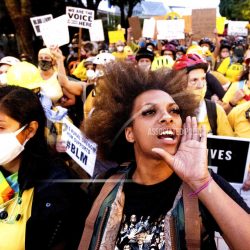