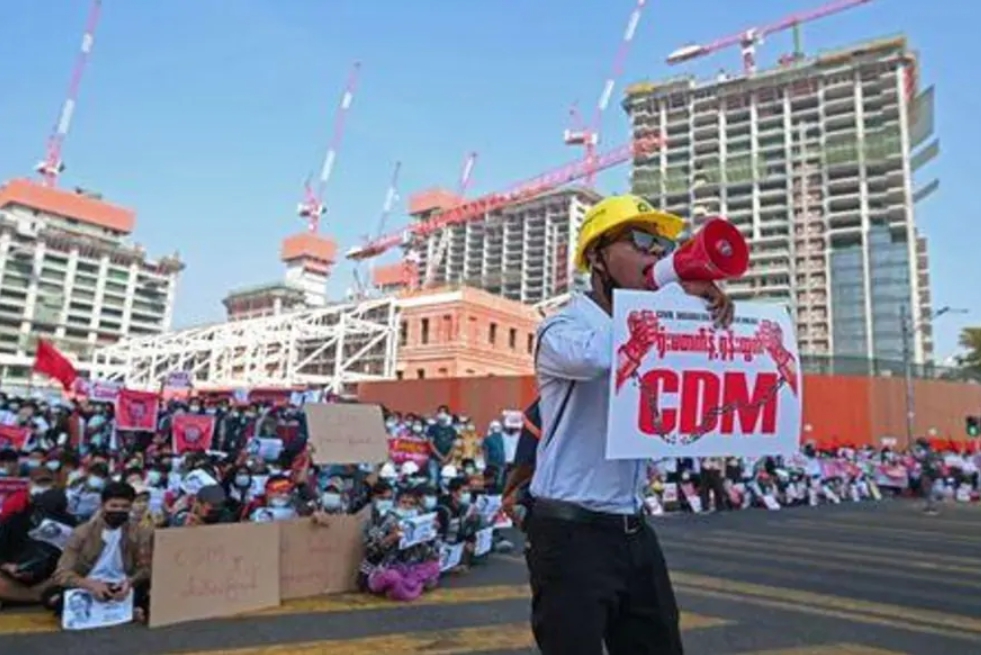 Demonstrators take part in a protest against the military coup in Yangon, Myanmar, February 17, 2021/ REUTERS

Tens of thousands of protesters, including show-business celebrities, on Wednesday rejected the Myanmar army’s assertion that the public supported its overthrow of elected leader Aung San Suu Kyi and said their campaign would not burn out.

Opponents of the Feb. 1 military coup are deeply sceptical of junta assurances, given at a news conference on Tuesday, that there would be a fair election and it would hand over power, even as police filed an additional charge against Suu Kyi.

The Nobel Peace laureate, detained since the coup, now faces a charge of violating a Natural Disaster Management Law as well as charges of illegally importing six walkie talkie radios. Her next hearing is set for March 1.

“We’re showing here that we’re not in that 40 million they announced,” Sithu Maung, an elected member of Suu Kyi’s National League for Democracy (NLD) told a cheering sea of people at the Sule Pagoda, a central protest site in the main city of Yangon.

The army alleges there was fraud in a Nov. 8 election that was swept by Suu Kyi’s party as widely expected, and its seizure of power was in line with the constitution and it remained committed to democracy.

A protester who gave her name as Khin was scornful.

“They said there was vote fraud but look at the people here,” said Khin.

The coup that cut short the Southeast Asian country’s unsteady transition towards democracy has prompted daily demonstrations since Feb. 6.

The takeover has also drawn strong Western criticism, with renewed anger from Washington and London over the additional charge for Suu Kyi. Although China has taken a softer line, its ambassador in Myanmar on Tuesday dismissed accusations it supported the coup.

Despite that, protesters also gathered outside the Chinese embassy. Tens of thousands took to the streets of the city of Mandalay where some people also blocked its main rail link.

There were no reports of any clashes with security forces.

U.N. Special Rapporteur Tom Andrews said earlier he feared the possibility of violence against the protesters and made an urgent call on any country with influence over the generals, and businesses, to press them to avoid it.

In Yangon and elsewhere, motorists responded to a “broken-down car campaign” spreading on social media, stopping their supposedly stalled cars, with bonnets raised, on streets and bridges to block them to police and military trucks.

Myanmar’s Assistance Association for Political Prisoners group said more than 450 arrests had been made since the coup, many of them in night-time raids. Those arrested include much of the NLD’s senior leadership.

The suspension of the internet at night has added to a sense of fear.

Zaw Min Tun told the news conference, the junta’s first since the coup, that the military was giving a guarantee that an election would be held and power handed to the winner. He gave no time frame, but said the army would not be in power for long.

The last stretch of army rule lasted nearly half a century before democratic reforms began in 2011.

The unrest has revived memories of bloody suppression of protests under previous juntas.

Police have opened fire several times, mostly with rubber bullets, to disperse protesters. A protester who was shot in the head in Naypyitaw last week is not expected to survive.

A policeman died of injuries sustained during a protest in the city of Mandalay on Monday, the military said.

As well as the demonstrations in towns across the ethnically diverse country, a civil disobedience movement has brought strikes that are crippling many functions of government.

Activist Min Ko Naing, a veteran of 1988 protests that the military crushed, said in a taped message to the crowd in Yangon the disobedience campaign was key this time.

Actor Pyay Ti Oo said opposition could not be doused.

“They say we’re like a brush fire and will stop after a while but will we? No. Won’t stop until we succeed,” he told the crowd. 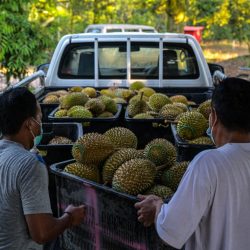 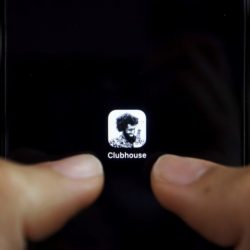