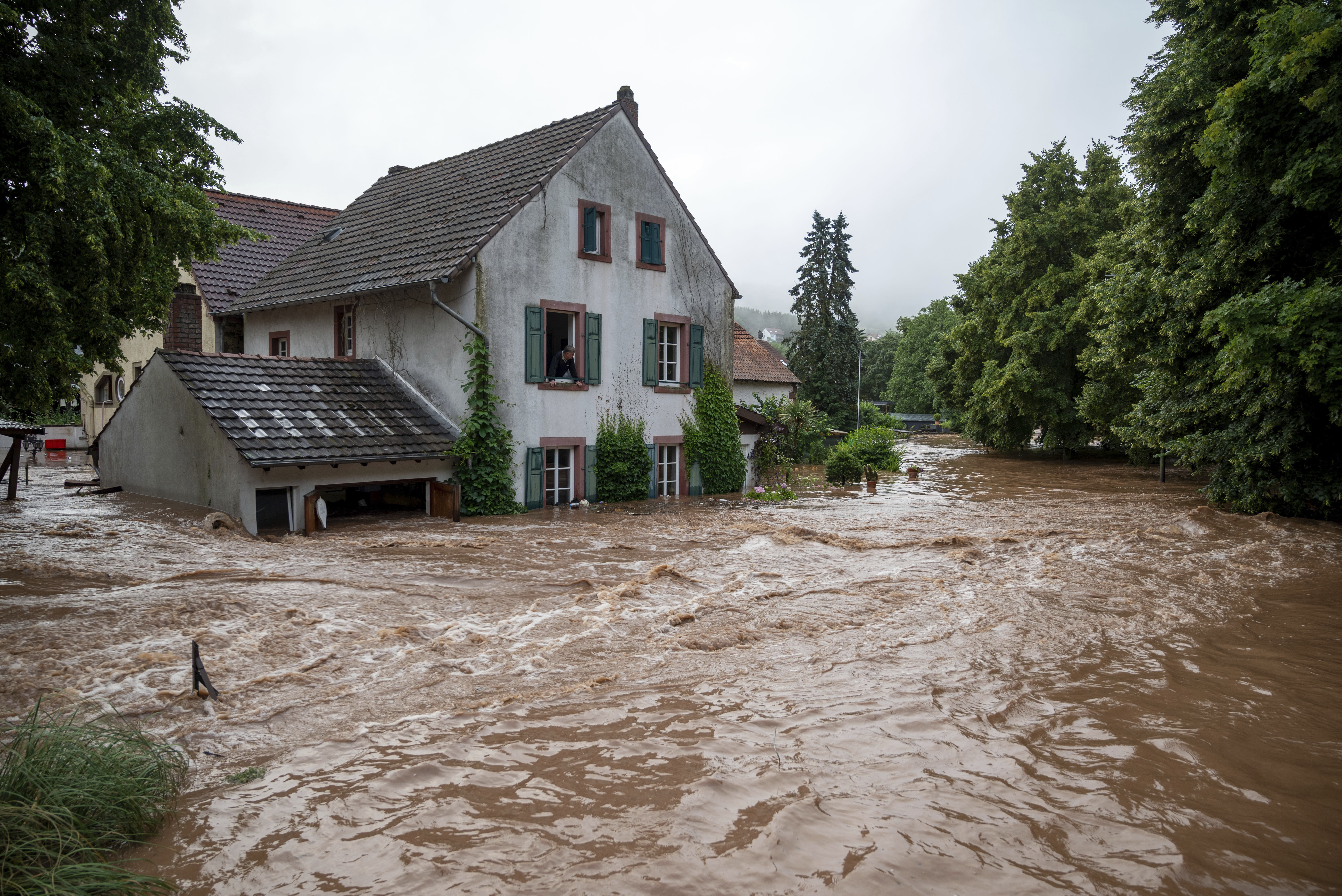 Houses are submerged on the overflowed river banks in Erdorf, Germany, as the village was flooded Thursday, July 15, 2021. Continuous rainfall has flooded numerous villages and cellars in Rhineland-Palatinate, southwestern Germany. (Harald Tittel/dpa via AP)

BERLIN (AP) — More than 20 people have died and dozens of people are missing in Germany and neighboring Belgium after heavy flooding turned streams and streets into raging torrents, sweeping away cars and causing buildings to collapse.

Storms across parts of western Europe in recent days caused rivers and reservoirs to burst their banks, resulting in flash floods as rain-soaked soil failed to absorb any more water.

Authorities in the western German region of Euskirchen said Thursday that eight deaths had been reported there in connection with the floods. Rescue operations were hampered by the fact that phone and internet connections were down in parts of the county, which is southwest of Cologne.

Police in the western city of Koblenz said four people had died in Ahrweiler county. Up to 70 people were reported missing after several houses collapsed overnight in the village of Schuld in the Eifel, a volcanic region of rolling hills and small valleys southwest of Cologne.

Dozens more were trapped on the roofs of their houses awaiting rescue. Authorities used inflatable boats and helicopters, and the German army deployed 200 soldiers to assist in the rescue operation.

“There are people dead, there are people missing, there are many who are still in danger,” the governor of Rhineland-Palatinate state, Malu Dreyer, told the regional parliament. “We have never seen such a disaster. It’s really devastating.”

Across the border in Belgium, the Vesdre river broke its banks and sent masses of water churning through the streets of Pepinster, close to Liege, its destructive power bringing down some buildings.

“Several homes have collapsed,” mayor Philippe Godin told RTBF network. It was unclear whether all inhabitants had been able to escape unhurt.

In eastern Eupen, on the German border, one man was reported dead after he was swept away by a torrent, a local governor told RTBF network. Another man was reported missing in eastern Belgium, where some towns saw water levels rise to unprecedented levels and had their centers turned into gushing rivers.

Major highways were inundated and in the south and east of the nation, the railway service said all traffic was stopped.

“My thoughts are with the families of the victims of the devastating floods in Belgium, Germany, Luxembourg and the Netherlands and those who have lost their homes,” she tweeted. “The EU is ready to help.”

The full extent of the damage across the region was still unclear after many villages were cut off by floodwater and landslides that made roads impassable. Videos posted on social media showed cars floating down streets and houses partly collapsed in some places.

Many of the dead were only discovered after floodwaters began to recede again. Police said four people died in separate incidents after their basements were flooded in Cologne, Kamen and Wuppertal, where authorities warned that a dam threatened to burst.

Authorities in the Rhine-Sieg county south of Cologne ordered the evacuation of several villages below the Steinbachtal reservoir amid fears the dam there could also break.

A fireman drowned Wednesday during rescue work in the western German town of Altena and another collapsed during rescue operations at a power plant in Werdohl-Elverlingsen. One man was missing in the eastern town of Joehstadt after disappearing while trying to secure his property from rising waters, authorities said.

Rail connections were suspended in large parts of North-Rhine Westphalia, Germany’s most populous state. Governor Armin Laschet, who is running to succeed Angela Merkel as chancellor in this fall’s German election, was expected to visit the flood-hit city of Hagen later Thursday.

German weather service DWD predicted the rainfall would ease Thursday, though there might still be localized storms.

Authorities in the southern Dutch town of Valkenburg, close to the German and Belgian borders, evacuated a care home and a hospice overnight amid flooding that turned the tourist town’s main street into a river, Dutch media reported.

The Dutch government sent some 70 troops to the southern province of Limburg late Wednesday to help with tasks including transporting evacuees and filling sandbags as rivers burst their banks.

A section of one of the Netherlands’ busiest highways was closed due to rising floodwaters threatening to inundate the road and Dutch media showed a group of holidaymakers being rescued from a hotel window with the help of an earth mover.

Unusually intense rains have also inundated a swath of northeast France this week, downing trees and forcing the closure of dozens of roads. A train route to Luxembourg was disrupted, and firefighters evacuated dozens of people from homes near the Luxembourg and German border and in the Marne region, according to local broadcaster France Bleu.

The equivalent of two months of rain has fallen on some areas in the last one or two days, according to the French national weather service. With the ground already saturated, the service forecast more downpours Thursday and issued flood warnings for 10 regions.

Meanwhile, high temperatures of 30 degrees Celsius or higher were expected Thursday in parts of northern Europe.

The night between Wednesday and Thursday was the hottest in history, the Finnish weather service company Foreca said Thursday with the mercury reaching 24.2 Celsius degrees.

Greta Thunberg, the climate activist, tweeted that the extreme weather of recent days should not be regarded as “the new normal.”

“We’re at the very beginning of a climate and ecological emergency, and extreme weather events will only become more and more frequent,” she said on Twitter. 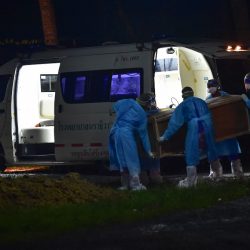 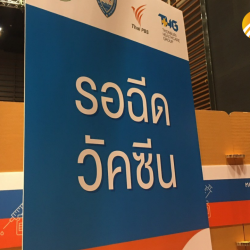