Maximum security will be in place at Thailand’s Constitutional Court tomorrow (Wednesday) as the court is due to deliver its ruling on the fate of Prime Minister Prayut Chan-o-cha, who is accused of illegally overstaying at the official residence of the army commander-in-chief without paying rent, which presents a possible conflict of interest and could cost him the premiership.

The court said in its statement, issued today, that only authorized persons, such as the prime minister, the complainant, lawyers and officials concerned will be permitted in the courtroom.

The public can, however, watch the reading of the verdict live, via the court’s YouTube channel, starting at about 3pm.

The increased security arrangements in place at the court follow advice from security officials that there may be unrest, after the reading of the verdict, among those who disagree with whatever the court’s verdict turns out to be.

Anti-establishment protesters plan to gather at the court tomorrow afternoon, to follow the court proceedings. However it was later announced that they will gather at Lad Phrao intersection instead.

Pol Maj-Gen Piya Tavichai, deputy commissioner of the Metropolitan Police Bureau, said today that a several hundred policemen will be deployed at and around the Constitutional Court to keep the peace.

The front entrance to the court compound has already been blocked with barriers. 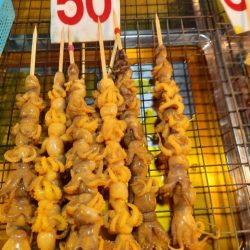 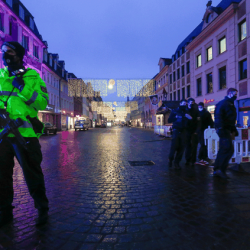 Five killed, including baby, as car ploughs into pedestrian zone in Germany