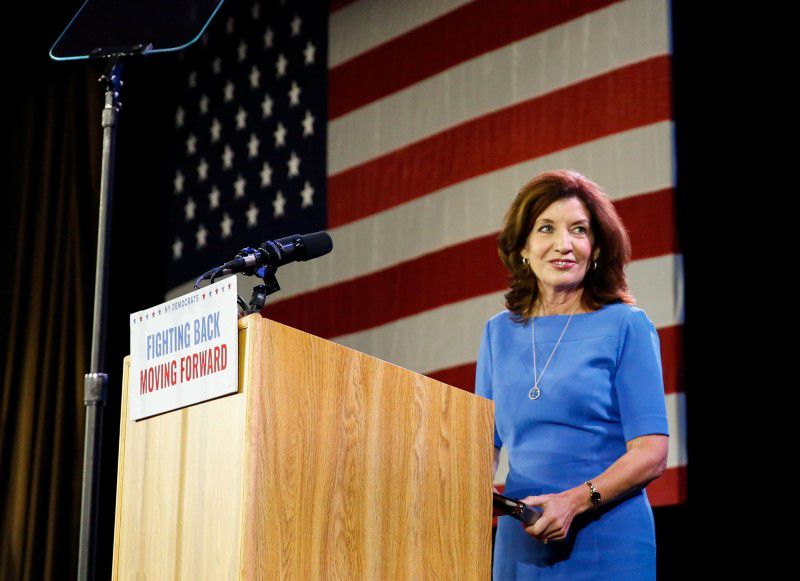 NEW YORK (Reuters) – With a range of political experience that has taken her from a town board in upstate New York to Capitol Hill in Washington, Kathy Hochul is soon to become the first woman to serve as governor of New York.

As lieutenant governor, the No. 2 statewide position, she will take over in two weeks from Governor Andrew Cuomo, her fellow Democrat who resigned on Tuesday over a sexual harassment scandal.

“I agree with Governor Cuomo‘s decision to step down. It is the right thing to do and in the best interest of New Yorkers,” Hochul, 62, wrote on Twitter.

“As someone who has served at all levels of government and is next in the line of succession, I am prepared to lead as New York State’s 57th Governor.”

She served 14 years as a town board member in Hamburg, a town of some 55,000 people near her native Buffalo, a more-than-six-hour drive from New York City.

“She’s homegrown from the town of Hamburg, and for her to be the first female governor in New York state – we just couldn’t be prouder,” said Joan Kesner, a Democrat who served alongside Hochul on the town board from 1997 to 2007.

She said Hochul’s experience working on a range of issues in her part of western New York, from waterfront revitalization to improved medical capacity and local business expansion, equipped her to serve New York, the fourth most populous U.S. state.

Steven Walters, a Republican who was Hamburg’s supervisor from 2006 until 2017, said he and Hochul at times disagreed during the two years they worked together but he always found her open-minded and professional.

Walters remembered Hochul’s passion for the environment and for development projects that kept wilderness intact.

After her Hamburg experience, then-Governor Eliot Spitzer appointed Hochul clerk of Erie County. In 2008, Spitzer quit as governor over his patronage of prostitutes.

In 2011, Hochul won a special election for a U.S. congressional district no Democrat had won in 40 years.

Although elected as lieutenant governor in 2014 on Cuomo‘s ticket, the two have seldom appeared together. She was almost never present at Cuomo‘s much publicized briefings at the start of the coronavirus crisis.

“The lieutenant governor of New York is a relatively weak position,” said Christina Greer, a Fordham University associate professor of political science. “As far as some of the heavy hitting issues that are plaguing the state … she was largely on the sidelines.”

But her distance from Cuomo, 63, may prove to be a blessing now as well as in November 2022 if Hochul decides to run for governor.

“A lot of people are looking forward to a type of leadership that doesn’t feel toxic or bullying,” Greer said.

Hochul issued a statement shortly after New York Attorney General Letitia James released the results of a five-month independent investigation that concluded Cuomo had engaged in misconduct with 11 women that violated U.S. and state laws.

“The AG’s investigation has documented repulsive & unlawful behavior by the Governor towards multiple women. I believe these brave women & admire their courage coming forward,” Hochul wrote on Twitter.

Responding to Cuomo‘s resignation on Tuesday, James in a statement expressed support for the soon-to-be governor.

“I know our state is in good hands with Lieutenant Governor Hochul at the helm, and I look forward to continuing to work with her,” James said. 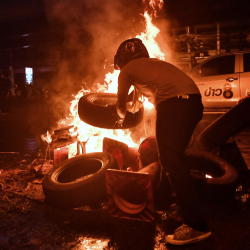 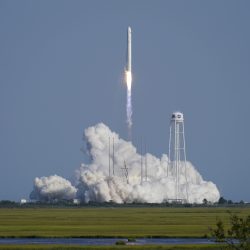