Workers in protective gear lower a coffin of a COVID-19 victim for burial at the special section of the Pedurenan cemetery designated to accommodate the surge in deaths during the coronavirus outbreak in Bekasi, West Java, Indonesia, Monday, July 26, 2021. (AP Photo/Achmad Ibrahim)

JAKARTA (AP) — Indonesia surpassed 100,000 confirmed COVID-19 deaths on Wednesday, a grim milestone in a country struggling with its worst pandemic wave fueled by the delta variant, amid concerns the actual figure could be much higher.

Those figures are believed to be an undercount.

Since the beginning of June, more than 2,800 people have died during self-isolation at home, according to LaporCOVID-19, an independent virus data group that keeps track of deaths at home. Some of those deaths are reflected in official figures but others are not, he said.

Indonesia, the world’s fourth most populous country, has recorded more than 3.5 million COVID-19 cases since March 2020. July was its deadliest month since the pandemic began, with more than 30,100 deaths — more than triple the 7,914 reported in June. Its current per capita death rate is one of the worst in the region, second only to Myanmar.

Thailand’s newly developed Favipiravir syrup to be given to children, elderly from Friday 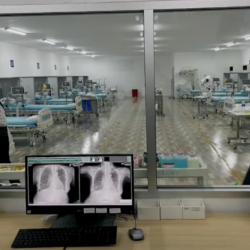