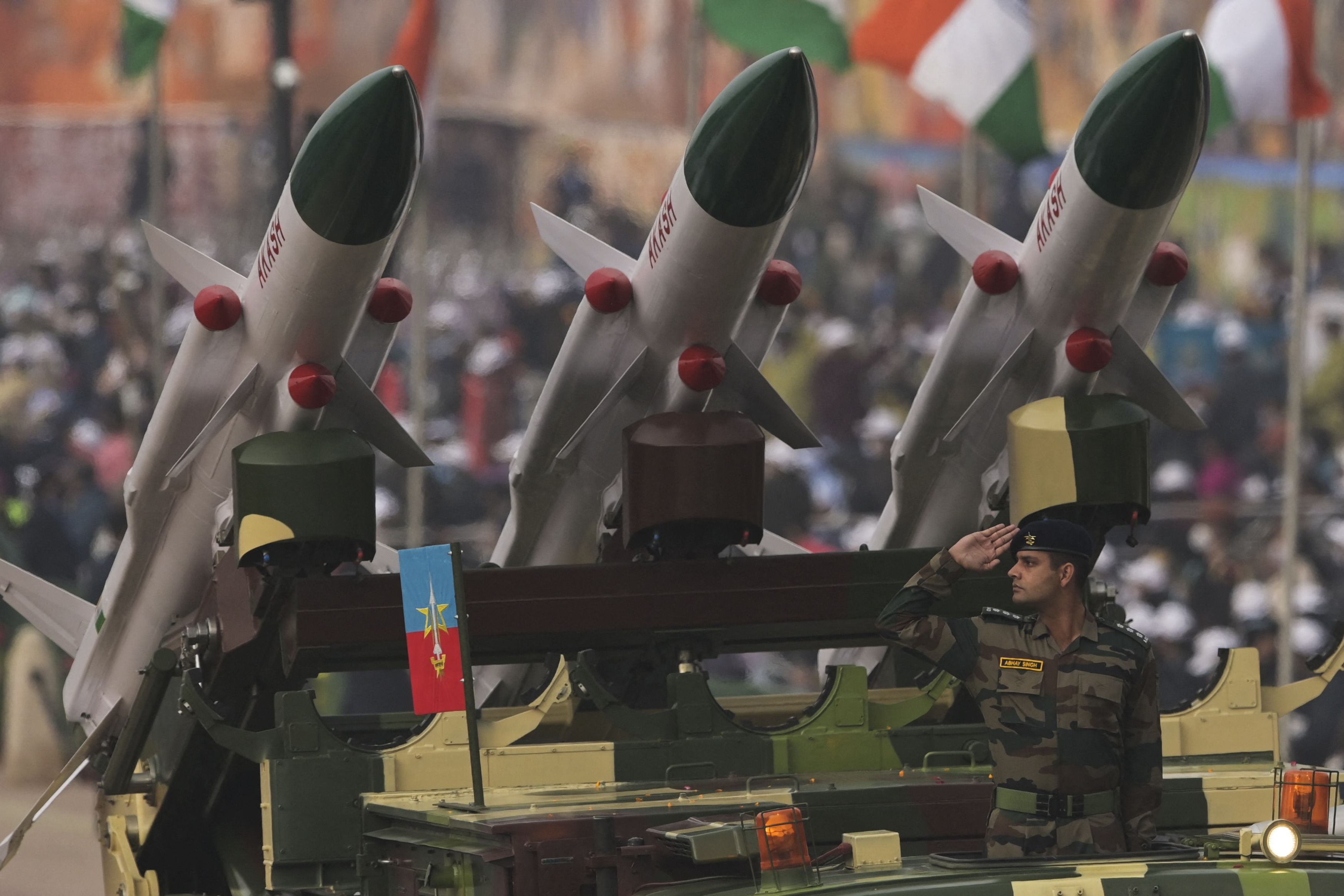 (FILES) In this file photo taken on January 26, 2022 a soldier salutes next to an Akash missile system during India’s 73rd Republic Day parade at the Rajpath in New Delhi. – India’s military accidentally fired a missile into Pakistan, New Delhi’s defence ministry said on March 11, calling it “deeply regrettable”. (Photo by Money SHARMA / AFP)

Hindu-majority India and Muslim Pakistan have fought three wars since independence from British colonial rule in 1947, two of them over the disputed territory of Kashmir.

Their shared border has a heavy military presence on both sides, and there have been numerous flare-ups between them, with tensions sometimes raising fears of an atomic exchange.

“In the course of a routine maintenance, a technical malfunction led to the accidental firing of a missile” on Wednesday, India’s defence ministry said.

It did not specify the type of missile, but said it landed “in an area of Pakistan”.

The incident was “deeply regrettable”, it said, adding that it was “a matter of relief that there has been no loss of life due to the accident”.

The defence ministry declined to provide further information to AFP.

The statement came hours after Islamabad’s foreign ministry condemned what it called an “unprovoked violation of its airspace by an Indian origin ‘super-sonic flying object'”.

India’s charge d’affaires in Islamabad had been summoned to the foreign office for a “strong protest”, it added.

The “imprudent launch” had damaged property on the ground and put at risk both civilian lives and aircraft in Pakistani airspace, it said, accusing India of “callousness towards regional peace and stability”.

New Delhi has more than 500,000 troops stationed in Indian-administered Kashmir, where rebel groups have battled for decades for the region’s independence or its merger with Pakistan.

New Delhi accuses Islamabad of backing the insurgents, which it denies.

In aerial skirmishes over Kashmir the next day, at least one Indian jet was shot down and its pilot captured by Pakistan, but Pakistani Prime Minister Imran Khan had him released in a “peace gesture”. 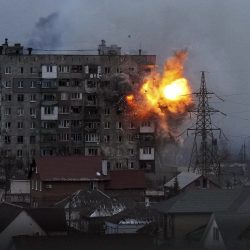 Russians push toward Kyiv, keep up siege of other cities