Political analysts must primarily take stock of two things, which include a recent opinion poll predicting that “post-COVID-19 politics” will be very heated, and an admission by a former red-shirted leader that the anti-government movement he is a big part of is “losing out” to Prime Minister Prayut Chan-o-cha.

The finding by Super Poll and Jatuporn Prompan’s analysis may seem contradictory on the surface. However, they may be actually supporting each other. If someone has nothing to lose, he or she can be dangerous, and if Prayut’s parliamentary and constitutional advantage is being immensely helped to date by the government’s handling of COVID-19, it may prompt his enemies to go all out instead of lying low.

In other words, political peace in Thailand always exists on a delicate balance. When the situation tilts to heavily favor one side, the other takes the gloves off. It has happened time and again.

A vast majority of Thais surveyed by Super Poll a few days ago believe that politics will either be “very heated” or “extremely heated” when COVID-19 is no longer a pressing problem. A good majority also think that Prayut has failed to deliver on his promise to bring about national reconciliation. The same survey, though, gave his government a high approval rating when it comes to managing the COVID-19 crisis.

In his analysis, Jatuporn focused on Prayut having apparently-insurmountable parliamentary and constitutional advantage over his opponents. “What has been lost is almost impossible to get back,” Jatuporn said. In his view, even if his camp won government control, some important policies could still be blocked by the Senate. Hopes, therefore, were set on constitutional amendment, but chances for success were very low, he said, again citing the power of the upper House.

What Jatuporn did not say but is also very important is the doubtful unity of his camp. The Pheu Thai Party and the now-defunct Future Forward Party, which remains highly popular, cannot see eye to eye. According to an analysis by Manager Online, while Pheu Thai is relatively more cautious and tries to change the rules, Future Forward people are perceived to be trying to change the entire system, a campaign that can alienate potential allies.

This is not to say that a Pheu Thai-Future Forward full-scale tag team can be ruled out. If the Prayut government slips on the economy or is blamed for a bad one, a reasonably likely scenario, any Pheu Thai-Future Forward disagreement will be forgotten and they will jointly go for the jugular. Both parties have shown what they are capable of when it comes to political mobilization. When they really join hands, whatever happens in Parliament regarding the executive decision to seek and mobilise a mega amount of emergency fund will be a walk in the park.

Economy influenced by COVID-19 will be intriguing. An analysis for America’s Donald Trump can be applied for Prayut as well, although the two men’s ratings are going in opposite directions when the deadly virus is concerned.

As of now, it’s all about the numbers of dead and infected people. Sooner or later, politics will be all about money in the pocket and balance sheet figures, and Trump is betting on that. Now trailing his opponent in the presidential race, he is realistically hoping for a chance to paint the Democrats as stubborn opponents of “reopening”.

Prayut is credited for the low infection and fatality numbers at the moment, but his ratings can still gravely suffer from long-term job losses, companies going bankrupt, and what is deemed wrong prioritizing of compensation money. And tough days can even make what Jatuporn deemed impossible drastic charter amendment look easy.

The Thai opposition currently consisting of one group led by Thanathorn Jungroongruangkit and the other virtually supporting Thaksin Shinawatra could yet be divided into three main groups. Pheu Thai’s chief strategist Phumtham Wechayachai has not ruled out the possibility of forming a new party. The possible emergence of a new force appears purely tactical and is unlikely to change the ultimate outlook of a country ideologically divided by half.

A key question is this: If Thaksin’s top lieutenants do form a new party, will it seek to prolong the delicate balance?

Apart from the pessimistic opinion poll and Jatuporn’s analysis, another important thing that should be taken into account is that there may never be a “Post-COVID-19 politics”. It is likely that politics will have to be played with COVID-19 constantly lurking at the surface or underneath. That’s a scenario nobody wants but everyone must be prepared for. 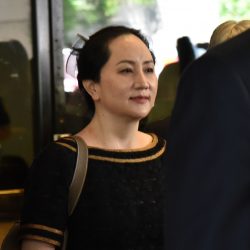 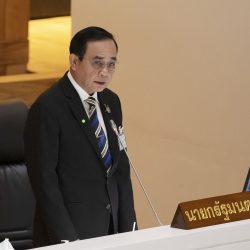