Committee chairman Mr. Chavalit Vichayasuth told the media today that the committee, after spending three hours debating the matter, agreed unanimously that the three weed killers must be banned for the safety of the consumers.

He said that the recommendation by the National Hazardous Substances Committee, that all parties concerned conduct further studies on the impacts of the chemicals, was just a delaying tactic to delay any action.

“It is high time for the House of Representatives to act,” said Mr. Chavalit who, however, added that the House committee was open to opinions from all parties concerned.

The House committee will submit its resolution to ban the herbicides to the House for submission to the government for implementation said Chavalit, adding that, if the issue is held up or delayed by the National Hazardous Substances Committee, the committee will propose a bill to amend the law on hazardous substances in order to speed up the implementation of the ban.

Mr. Damrong Pidet, leader of Rak Puen Pa Prathet Thai and a member of the House committee, said he expected all ministers to support the committee’s move, otherwise, he would seek to censure them. 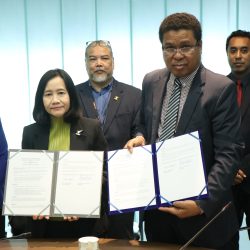 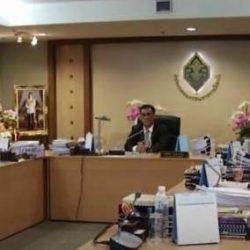