The dates for a new general parliamentary debate, a chance to grill the government over its alleged failures, has been scheduled for February 17th and 18th , with the Opposition’s expectations that it can lead to political changes.

Pheu Thai party leader Chonlanan Srikaew has said that the general debate, may not be just a chance for the Opposition to raise questions over the government’s performance, but also to grill the government over its alleged failures, with the expectation that it can lead to political changes.

House Speaker Chuan Leekpai met with the chief whips of the government and opposition parties at parliament yesterday (Wednesday) to discuss the timeline of the general debate and the allocation of the speaking time for the two camps. It was agreed that the debate would be from 9.30am to 12.30am on the first day and from 9am until midnight on the following day, a total of 30 hours.

The opposition has been allocated 22 hours and the government 8. Government chief whip Nirote Sunthornlekha said that the debate will be of benefit to the government because it will be made to face its own shortcomings. He also expressed his confidence, however, that the government will be able to explain everything the Opposition raises during the debate.

For a general debate, held under Section 152 of the Constitution, there is no vote at its conclusion.

Meanwhile, Opposition and Pheu Thai party leader Chonlanan Srikaew believes that the government will come under further pressure, not just from opposition MPs but also from the 21 former Palang Pracharat MPs, recently sacked from the party, when the Opposition seeks a censure debate against the government in May.

“What if the 21 MPs join the Opposition?” asked Chonlanan, adding that the prospect of political changes would be higher.

The Opposition plans to question the government on the economic crisis, the hardships caused by household debt, the rising cost of living, the COVID-19 pandemic, the African Swine Fever breakout in pig farms, political reform and election irregularities. 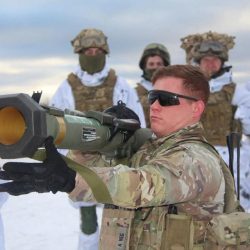