Former deputy commerce minister, Pol Lt-Col Banyin Tangpakorn, and two other people were taken into police custody this morning, in Thailand’s central province of Nakhon Sawan, on suspicion of involvement in the disappearance of the brother of a senior Criminal Court judge.

The arrest of Banyin, former MP for Nakhon Sawan of the now-defunct Palang Prachachon party, comes after police received a tip implicating him in the disappearance.

According to the police, the judge’s brother, whose name was withheld, was abducted by a group of men and forced into a taxi.  The incident took place in front of the Bangkok South Criminal Court on February 4th between 4 and 5pm.

The victim has not been seen since and is believed to have been murdered.

Police said that CCTV footage, from in front of the court, shows Banyin among the alleged kidnappers.  It is also alleged that Banyin subsequently called the victim’s younger brother, the senior Criminal Court judge, demanding that he be acquitted in a case being handled by the judge.

In that court case, Banyin was charged with falsifying documents and then using the fake documents in the transfer to him of about 300 million baht in shares belonging to Mr. Chuwong sae Tang, a wealthy construction contractor.

Mr. Chuwong was later found dead in a suspicious road accident in the company of Banyin.

The Bangkok South Criminal Court is due to hand down a verdict in the share transfer case on March 20th. 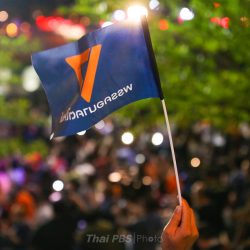 After the Verdict: Where do we go from here? 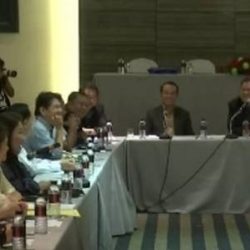