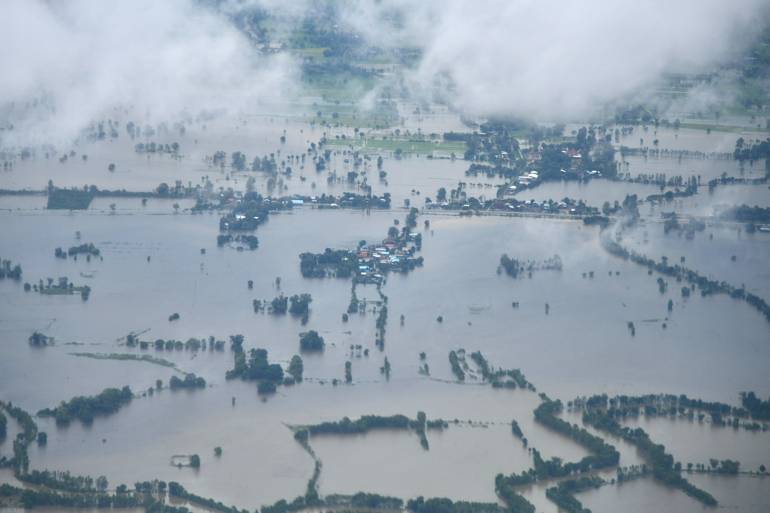 Workers have been racing against time to build flood walls to protect several archaeological sites, located along the banks of the Chao Phraya and Lop Buri rivers in the central province of Ayutthaya, from flooding.

According to the Fine Arts Department, flood walls have already been installed at several ancient Ayutthaya era temples, such as Wat Chai Wattanaram. There are still some where flood protection is still being built, which is expected to be completed on Monday, such as Wat Dhammaram, Wat Kasatrathirajvoravihara and Wat Choeng Tha, as well as the Baan Hollanda and the ancient Portuguese settlement.

Baan Hollanda, a Dutch village built in 1634, is now a museum, while the Portuguese settlement, located in Samphao Lom sub-district, was built during the reign of King Ramathibodi II, from 1491-1529, and was eventually plundered by Burmese invaders.

Other archaeological sites in Sukhothai province, such as the Sukhothai and Srisatchanalai historical parks, are safe from flooding as they are located on higher ground, although most parts of the province are inundated.

Nine districts, covering 288 villages in Sukhothai province, are flooded and locals have been warned of more rain. One resident in Muang district told Thai PBS that this is the worst flooding he has experienced, which is due to runoffs from the western part of the province compounded by the rising level of the Yom River.

In Chaiyaphum province, officials at the Bamnetnarong Hospital sought help from rescue workers today (Sunday) to evacuate about 90 patients from the hospital, which is now flooded and without electricity or running water.

An official said there are six COVID-19 patients, with five of them requiring oxygen which is also running low.

Several cars, which have been parked at the hospital since last night, are now submerged up to their roofs.

Although the floods have eased in some provinces, many low-lying areas remain submerged, said the department. 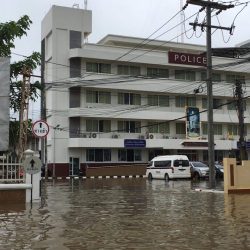 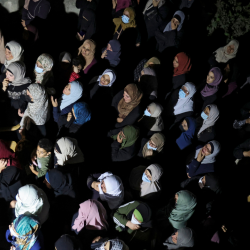