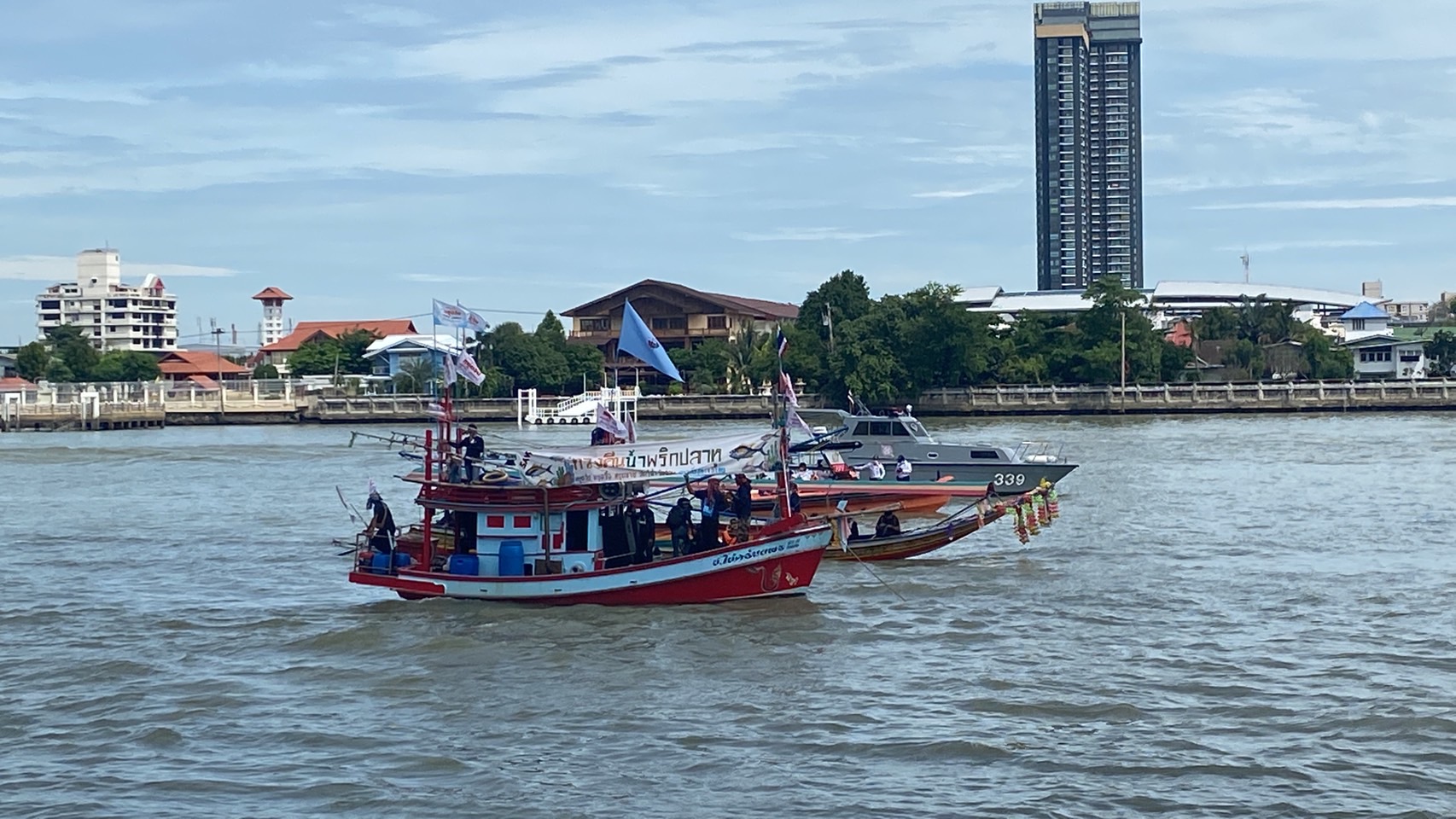 Small-scale fishing folk arrived at the Thai parliament in three small fishing vessels this morning (Wednesday), to petition the government and parliament against the destructive practice of catching inedible and immature fish and other marine species, a practice which they claim will eventually wipe out fish stocks in Thai waters.

A number vessels left Panare beach, in the southern province of Pattani, on May 27th and arrived in Bangkok on Monday to submit their petition today, which is World Oceans Day.

The group, who claim to represent small-scale fishermen in 23 provinces, told the media today that they have been campaigning, through the Thai Sea Watch Association and the Federation of Small-scale Fisher-folk Association, for an end to the destructive fishing practice for about seven years, but without a positive response from the government.

Instead, they claim that the Ministry of Agriculture and Agricultural Cooperatives has allowed commercial fishing vessels to deploy new fishing gear and technology, allowing them to catch more fish, both large and small.

They allege that the destructive practice has caused a sharp drop in mackerel stocks in Thai waters in recent years.

The fishermen provided a demonstration, by laying trawl nets in the Chao Phraya River in front of parliament and then lifting the empty nets, to symbolise the effects of the destructive fishing practice.

Two police patrol boats were on hand to keep track of the three fishing vessels, as they sailed from the estuary of the Chao Phraya to parliament this morning. 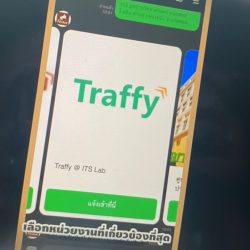 Traffy Fondue: Nothing to do with cheese – but melting away Bangkokians’ problems