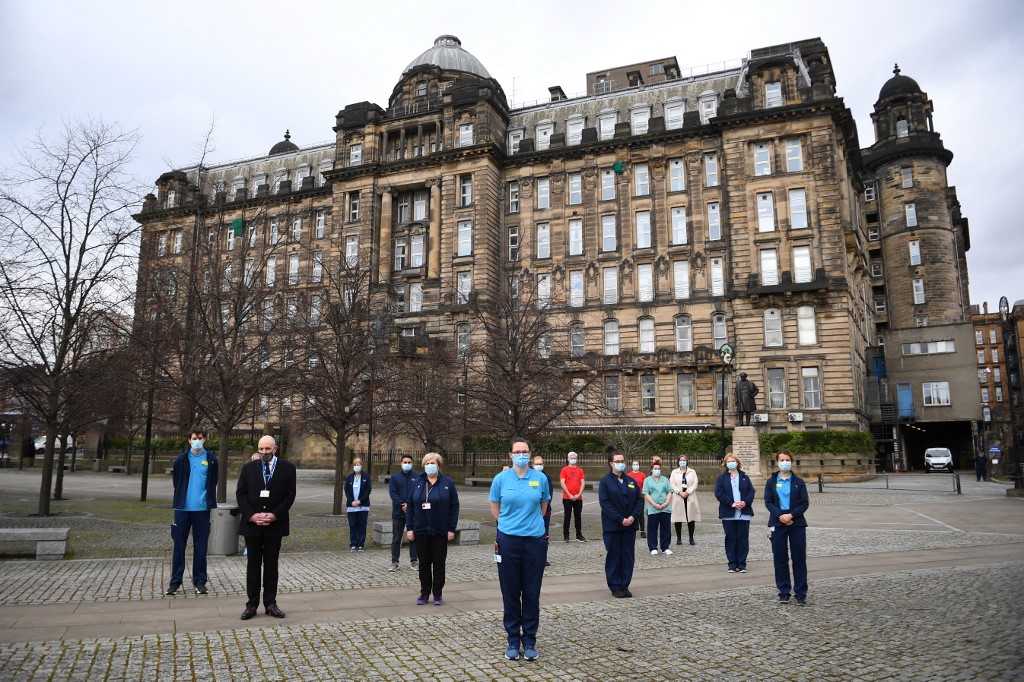 Health workers from the Glasgow Royal Infirmary take part in a minutes silence on the first anniversary of the first national Covid-19 lockdown in Glasgow on March 23, 2021. (Photo by ANDY BUCHANAN / AFP)

The European Commission will tighten its export guidelines on Wednesday to prevent what it sees as an unfair one-way flow of vaccines, according to a draft seen by AFP.

Brussels has been infuriated that Britain has laid claim to vaccines produced at a plant in the Netherlands by AstraZeneca, while the UK-based firm falls short on deliveries promised to the EU.

While negotiations with the British government continue behind the scenes to head off the threat of a general vaccine export ban, the EU is moving to tighten its export rules.

The measure, put in place to monitor exports from EU territory and if necessary to block them, has already been used once to prevent an AstraZeneca shipment leaving Italy for Australia.

But the draft of the updated rule complains of countries preventing exports to the EU “either by law or through contractual or other arrangements concluded with vaccine manufacturers”.

The Government Pharmaceutical Organisation and Mahidol University’s Faculty of Tropical Medicine have developed and are about to start human trials of an inactivated virus COVID-19 vaccine. The participating volunteers must be in good health, have never been infected with COVID-19 and have no drug or vaccine allergies.

AstraZeneca has said that its contract with the UK government gives Britain priority over some production.

European Commission president Ursula von der Leyen, supported by some EU leaders including Germany’s Angela Merkel, has demanded what she calls “reciprocity” in vaccine exports and warned that AstraZeneca could face an export ban.

The draft document also warns that some other countries currently exempt from export controls now have a better vaccination rate than EU members or are suffering a “less serious” coronavirus pandemic.

“Exports to those countries may thus threaten the security of supply within the Union,” the draft warns.

The draft suspends the entire list of non-EU countries previously exempt from the mechanism — mainly poorer European neighbours — apart from a handful of micro-states and territories like San Marino, Andorra and the Faroes.

On Tuesday, Britain’s Prime Minister Boris Johnson expressed concern over the EU move, but also hope that a negotiated solution could be found.

“We in this country don’t believe in blockades of any kind of vaccines or vaccine material,” Johnson told a news conference.

“It’s not something this country would dream of engaging in and I’m encouraged by some of the things I’ve heard in the continent in the same sense.”

But Sandra Gallina, head of the European Commission’s health directorate, had earlier told MEPs that the EU has “a serious problem” with AstraZeneca.

The Anglo-Swedish company delivered less than a quarter of the 100-million-plus doses it had pledged to supply in the first three months of this year, she said.

Britain is now facing its own AstraZeneca shortfall, with expected shipments from a huge plant in India being delayed.

It wants to access AstraZeneca doses being made in the Netherlands in a factory expected shortly to be approved for operation, but fears that Brussels may prevent deliveries from other EU-based firms.

Aside from AstraZeneca, Britain relies on vaccines produced in Belgium for the US and German firms Pfizer and BioNTech.

Under the export-checking mechanism created at the end of January, a vaccine-maker needs to ask for authorisation to send doses out of the bloc.

EU member states are divided on whether to enact a tougher ban.

Some see it as a way to prod pharmaceutical companies into honouring their European delivery schedules, noting in particular that the EU exported more than 10 million vaccine doses to Britain from early February to mid-March but received none from the UK.

Others such as the Netherlands fear it could trigger retaliation that would choke international vaccine supply chains, some of which furnish crucial ingredients, and Ireland has spoken out against a ban. 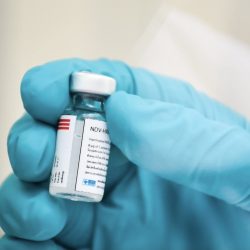 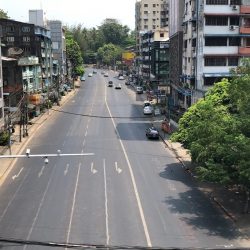