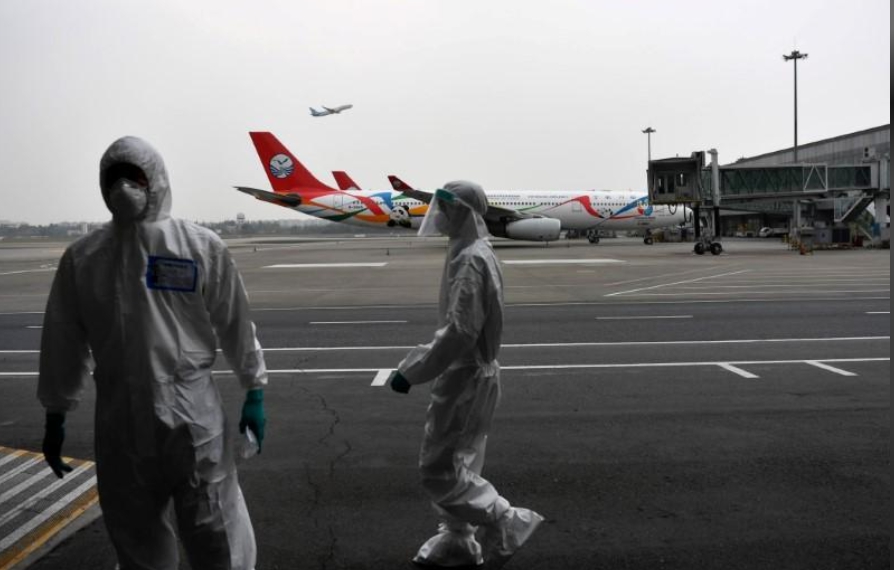 Customs officers in protective suits are seen near a Sichuan Airlines aircraft on the tarmac of Chengdu Shuangliu International Airport following a global outbreak of the coronavirus disease (COVID-19), in Chengdu, Sichuan province, China March 26, 2020. cnsphoto via REUTERS

WUHAN, China (Reuters) – Chinese President Xi Jinping told U.S. President Donald Trump on Friday that he would have China’s support in fighting the coronavirus, as Wuhan, the Chinese city where the outbreak emerged, reopened to incoming traffic.

The United States now has the most coronavirus cases of any country, with nearly 85,000 infections. Hospitals in cities including New York and New Orleans are struggling to cope with the wave of patients.

Trump said China had sent virus data to U.S. scientists and was sending more after he and Xi spoke by telephone.

“We talked about the experience that they had in China and all the things that have taken place. And we learned a lot,” Trump told reporters.

“They have had a very tough experience. And they are doing well … President Xi is doing very well. We learned a lot and we have great communication together.”

Xi’s offer of assistance follows a war of words between Beijing and Washington over various issues, including the pandemic. Trump and other U.S. officials have accused Beijing of a lack of transparency over the outbreak, and Trump has referred to coronavirus as the “Chinese virus” because it originated there late last year.

According to an account of the conversation published by the Chinese foreign ministry, Xi reiterated to Trump that China had been open and transparent.

“We are working closely together,” Trump said on Twitter. “Much respect!”

Wuhan, where the virus is believed to have originated in a seafood market and which had been on lockdown for more than two months, was open to incoming traffic late on Friday, although cars were not allowed to leave.

Hubei province, of which Wuhan is the capital, removed border restrictions on Wednesday for all but Wuhan, which will allow people to leave the city starting on April 8.

At a checkpoint entering the city on Friday night, three lanes were open to traffic but there were few cars, with a lone figure in military fatigues standing at each lane checking the mobile phone health codes of arriving passengers.

Along the highway entering the city of 11 million, blue and white signs pointed traffic to the now-closed Huoshenshan Hospital, which was built in eight days and opened in early February and came to symbolise China’s aggressive management of the outbreak after a fumbled early effort.

Other evidence of the outbreak that devastated the city included posters dated Feb. 16 seeking volunteers to help battle the epidemic.

“Exits out of the city are still shut. We respectfully ask for your understanding,” one road sign along the highway said.

Numerous people have been trapped inside and outside of Wuhan and Hubei and many of the cars entering the city had Wuhan number plates, indicating they were returning residents.

The World Health Organization has said the United States is expected to become the pandemic’s new epicentre.

The 55 new cases detected on Thursday were down from 67 a day earlier, the National Health Commission said, taking the tally of infections to 81,340. China’s death toll stood at 3,292 as of Thursday, up by five from a day earlier.

Hubei, with a population of about 60 million, reported no new cases on Thursday.

China’s commercial capital of Shanghai reported the most new imported cases with 17, followed by 12 in the southern province of Guangdong and four each in the capital Beijing and the nearby city of Tianjin.

Shanghai now has 125 patients who arrived from overseas, including 46 from Britain and 27 from the United States.

In effect from Sunday, China has ordered its airlines to fly only one route to any country, on just one flight each week. Foreign airlines must comply with similar curbs on flights to China, although many had already halted services.

About 90% of current international flights into China will be suspended, cutting arrivals to 5,000 passengers a day, from 25,000, the civil aviation regulator said late on Thursday. 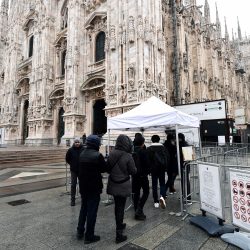 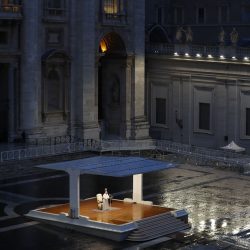