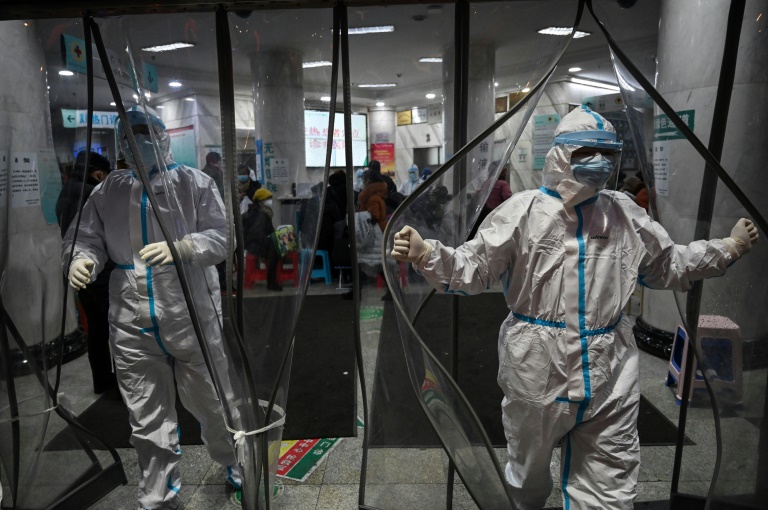 In China’s Wuhan city, the epicentre of the deadly epidemic, hospitals are overwhelmed.

The death toll from China’s coronavirus epidemic soared to 304 on Sunday, as an increasing number of countries imposed extraordinary Chinese travel bans to combat the spread of the disease.

With Britain, Russia and Sweden among the countries confirming their first infections, the virus has now spread to more than two dozen nations, sending governments scurrying to limit their exposure.

The United States and Australia are leading a growing list of countries that are putting temporary but sweeping travel restrictions on Chinese nationals or those who have travelled to China within the last two weeks.

“Foreign nationals, other than immediate family of US citizens and permanent residents… will be denied entry into the United States Health Secretary Alex Azar had announced.

Australia said it was barring entry to non-citizens arriving from China, while Australian citizens who had travelled there would be required to go into “self-isolation” for two weeks.

Vietnam suspended all flights from mainland China effective Saturday, while Russia announced it would halt visa-free tourism for Chinese nationals and stop issuing them work visas.

Similar expansive restrictions have been announced by countries including Italy, Singapore, and China’s northern neighbour Mongolia.

The United States, Japan, Britain, Germany and other nations had already advised their citizens not to travel to China.

Thousands of Hong Kong medical workers voted to commence a four-day strike from Monday to push the government to close its border with mainland China to stop the virus, which has already spread to the financial hub.

Britain said Saturday it was temporarily withdrawing some diplomatic staff and their families from across China, a day after the US State Department ordered embassy employees to send home family members under the age of 21.

Beijing insists it can contain the virus and called Washington’s advice against travel to China “unkind”.

The US emergency declaration also requires Americans returning from Hubei province to be placed in mandatory 14-day quarantine, and health screening for American citizens coming from other parts of China.

The virus emerged in early December and has been traced to a market in Hubei’s capital Wuhan that sold wild animals.

It spread globally on the wings of a Lunar New Year holiday rush that sees hundreds of millions of Chinese people travel domestically and overseas.

The economic fallout continued as Apple announced that all its China stores would be closed until February 9.

With public anger mounting in China, Wuhan’s top official admitted late Friday that authorities there had acted too slowly.

“If strict control measures had been taken earlier the result would have been better than now,” said Ma Guoqiang, the Communist Party chief for Wuhan.

Wuhan officials have been criticised online for withholding information about the outbreak until late December despite knowing of it weeks earlier.

Authorities in Hubei have extended the new year holiday until February 13 and suspended marriage registrations from Monday to discourage public gatherings.

The city of Huanggang, east of Wuhan, said only one member of each household would be permitted to leave the house every two days to buy necessities.

But the toll keeps mounting, with health authorities in Hubei on Sunday reporting 45 more deaths in the preceding 24 hours.

The number of confirmed infections across China passed 14,300 on Sunday, the National Health Commission announced — far higher than the Severe Acute Respiratory Syndrome outbreak of 2002-03.

SARS, which is caused by a pathogen similar to the new coronavirus and also originated in China, killed 774 people worldwide — most of them in mainland China and Hong Kong.

The World Health Organization (WHO) declared the outbreak a global emergency on Thursday but later warned that closing borders was probably ineffective in halting transmission and could accelerate the virus’s spread.

But authorities around the world pressed ahead with preventive measures.

The health crisis has dented China’s international image and put Chinese nationals in difficult positions abroad, with complaints of racism.

China flew overseas Hubei residents back to the centre of the outbreak in Wuhan on chartered planes from Thailand and Malaysia, citing “practical difficulties” the passengers had encountered overseas.

Countries including Japan, Britain, France and the US have scrambled to evacuate their nationals from Wuhan, with more governments planning airlifts. 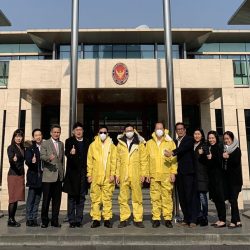 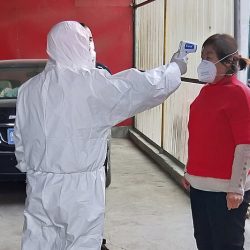