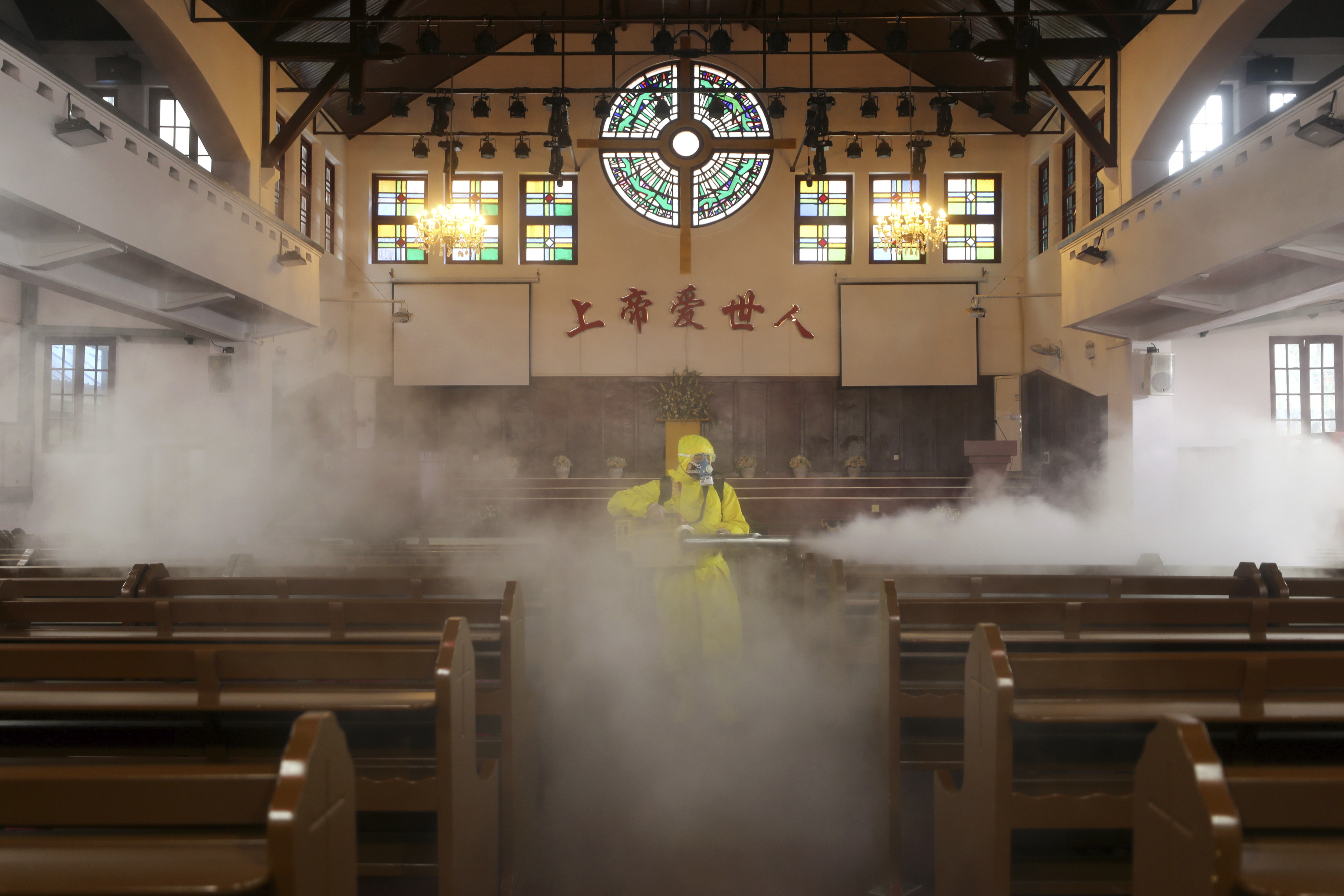 A volunteer sprays disinfectant inside a Christian church in Wuhan in central China’s Hubei Province, Friday, March 6, 2020. World stock markets are down sharply again as pessimism prevails over the economic impact of the virus outbreak (Chinatopix via AP)

BEIJING (Reuters) – A spokesman for China’s Foreign Ministry suggested on Thursday the U.S. military might have brought the coronavirus to the Chinese city of Wuhan, which has been hardest hit by the outbreak, doubling down on a war of words with Washington.

China has taken great offence at comments by U.S. officials accusing it of being slow to react to the virus, first detected in Wuhan late last year, and of not being transparent enough.

On Wednesday, U.S. National Security Adviser Robert O’Brien said the speed of China’s reaction to the emergence of the coronavirus had probably cost the world two months when it could have been preparing for the outbreak.

In a strongly worded tweet, written in English on his verified Twitter account, Chinese Foreign Ministry spokesman Zhao Lijian said it was the United States that lacked transparency.

“When did patient zero begin in US? How many people are infected? What are the names of the hospitals? It might be US army who brought the epidemic to Wuhan. Be transparent! Make public your data! US owe us an explanation!” Zhao wrote.

Zhao, an avid and often combative Twitter user, did not offer any evidence for his suggestion that the U.S. military might be to blame for the outbreak in China.

Earlier on Thursday, Zhao’s fellow Foreign Ministry spokesman Geng Shuang criticized U.S. officials for “immoral and irresponsible” comments that blamed Beijing’s response to the coronavirus for worsening the global impact of the pandemic.

Asked about O’Brien’s comments, Geng told a daily news briefing in Beijing on that such remarks by U.S. officials would not help U.S. epidemic efforts.

China’s efforts to slow the spread had bought the world time to prepare against the epidemic, he added.

“We wish that a few officials in the U.S. would at this time concentrate their energy on responding to the virus and promoting cooperation, and not on shifting the blame to China.”

The coronavirus emerged in December in the central Chinese city of Wuhan and surrounding Hubei province, where around two-thirds of global cases so far have been recorded. But in recent weeks the vast majority of new cases have been outside China.

The Chinese authorities credit firm measures they took in January and February, including to a near total shutdown of Hubei, for preventing outbreaks in other Chinese cities on the scale of Wuhan and slowing the spread abroad.

The administration of U.S. President Donald Trump has pointed to a decision to limit air travel from China at the end of January to fend off criticism that it responded too slowly to the disease. Critics say Trump played down the disease in public and the federal government was slow to roll out tests.

“Unfortunately, rather than using best practices, this outbreak in Wuhan was covered up,” Trump’s national security advisor O’Brien said during a think-tank appearance on Wednesday.

“It probably cost the world community two months to respond,” during which “we could have dramatically curtailed what happened both in China and what’s now happening across the world”, he said.

More than 119,100 people have been infected by the novel coronavirus across the world and 4,298 have died, the vast majority in China, according to a Reuters tally. The United States has 975 cases and 30 people have died.

“We have done a good job responding to it but … the way that this started out in China, and the way it was handled from the outset, was not right,” said O’Brien. 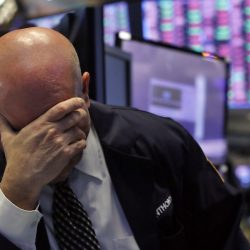 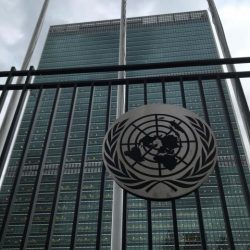