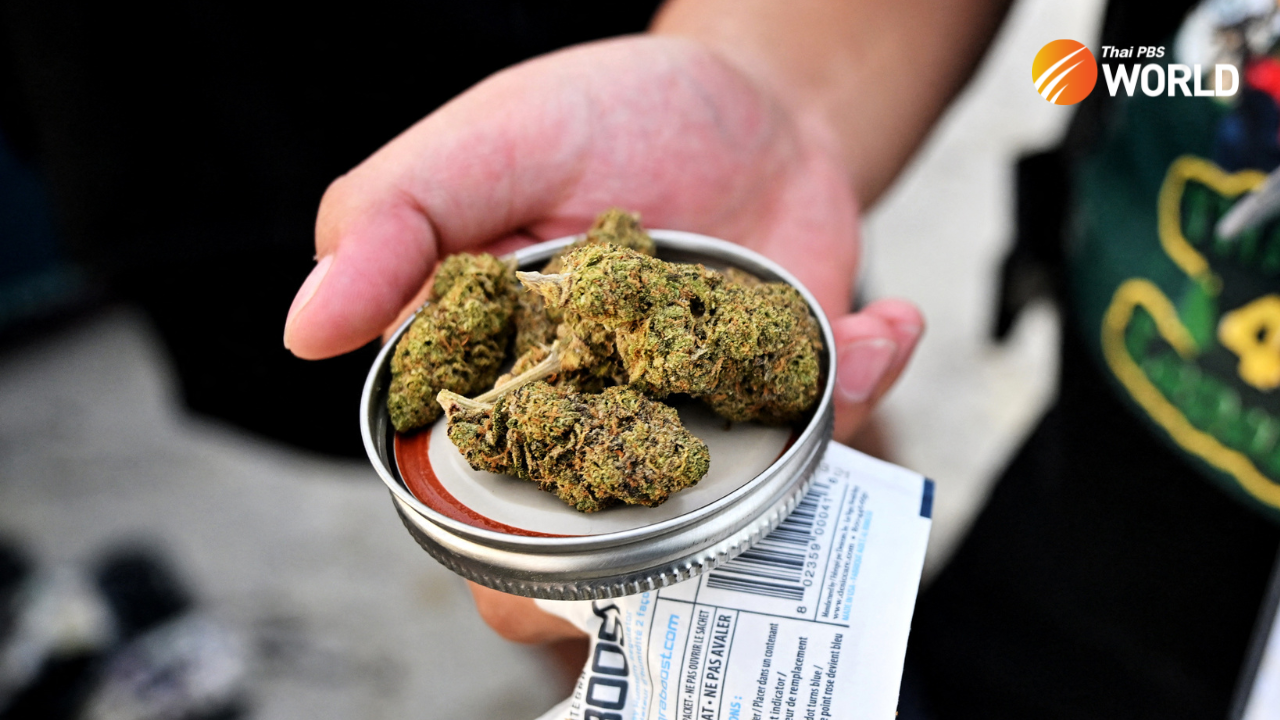 Multiple governments have legalized the planting and sale of cannabis for recreational use, but such action requires good preparation including mandated and widespread warnings. (Photo by Lillian Suwanrumpha / AFP)

Two months ago, the coronavirus would have still been a “sexy” topic at the no-confidence debate. But the relevant numbers are going down, and economic suffering has been too related to the global pandemic and the war in Ukraine to be effective ammunition in Parliament. This leaves the cannabis “legalization.”

The opposition’s censure motion was written in a conventionally vague way. By that, any issue of the hour, even if it was virtually non-existent when the motion was drafted, can steal the limelight. Cannabis “legalization” fits the bill as there is no hotter topic to date.

Proclaimed “benefits” of cannabis “legalization” would take time, while alarming news reports, hearsay, and rumors have been numerous and continuous already. As importantly, the issue will allow the Pheu Thai-led opposition to softening up Public Health Minister Anutin Charnvirakul, the leader of the Bhumjaithai Party who has seemed to climb up the list of the biggest opposition party’s enemies lately.

The “Red-shirt” movement, the powerbase of Pheu Thai, packed the Ubon Ratchathani provincial airport recently to welcome Paetongtarn Shinawatra, who led key party members on a mission to wrestle back control of Si Sa Ket, following the defection of three MPs to Bhumjaithai. It was a political development worthy of the interest of Bhumjaithai in particular.

The issue is not that Paetongtarn’s father Thaksin Shinawatra had lured politicians of other parties to defect to him before, so calling the Bhumjaithai-bound defectors “traitors” reeks of hypocrisy. It’s about how “the plan” of Pheu Thai is no longer focused exclusively on Prayut Chan-o-cha.

The upcoming censure should see Anutin getting extra attention. Palang Pracharath has been tamed. The Democrats look like they will not recover any time soon. Prayut has been constantly bruised. Attacks, therefore, have to be concentrated on Bhumjaithai. After all, its leader was a strong prime ministerial candidate two years ago and could still be so again next time.

The current opposition appears not formidable when it comes to raising graft allegations. Over the past two years, the bloc has had a vulnerable Cabinet as its target and is backed by major media outlets, yet it has failed to rattle Prayut’s government with explosive corruption charges. All censures ended in a hurry, with no lingering aftermath regarding graft claims made on the floor.

That weakness, some argue, has been compensated by the seemingly effective ability to pound targets with continuous rhetoric or amplification of cases that appear related. Negative cannabis news has provided an ideal opportunity, especially when it comes to charges of inefficiency or management failures.

The tactics worked well when COVID-19 threatened to cause a widespread healthcare crisis, opportunism, and damaging exploitation of loopholes. However, the infections and death tolls are small now, while vaccination has been stepped up and some key figures on the opposition’s side have been embroiled in unfavorable new reports regarding the vaccines themselves.

The prior motion accused the Prayut government of enriching itself through unscrupulous vaccine programs and thus thriving on “compatriots’ corpses.” Many Thais were deprived of opportunities to get vaccines due to the corruption and inefficiency of the “merchant of death”, the motion said.

This time it will be cannabis. Risks are all aplenty. Frequent and ill-informed use can pose danger to health and safety. Multiple governments have legalized the planting and sale of cannabis for recreational use, but such action requires good preparation including mandated and widespread warnings.

Potential topics to be raised include negative health effects on the user, possible harm to children or fetuses, the possibility of road and machinery accidents, productivity problems, the tendency to overuse on a single occasion, the possibility of becoming addicted or dependent, the possible impact of “second-hand” smoke, the possibility of disruptions of youth development, involvement _ or lack thereof _ of health professionals and more.

Anutin will have a lot to answer. Prayut will more or less have to deal with the same old stuff at the fourth censure debate his government has had to endure. Joining the two in the opposition’s hit list are nine other Cabinet members. The Pheu Thai Party has warned that it would be business as usual for the prime minister, and there was little mentioning of cannabis as a potential highlight.

To make this debate significantly different from the previous three, and to do what makes political sense, the Pheu Thai-led opposition will turn to cannabis. Unless it has something else up its sleeve, that is.