Briton killed and another seriously injured in knife attack in Kanchanaburi

A Briton was killed and his compatriot was seriously injured after a Thai man attacked them with a sickle-shaped long knife in front of a house in Muang district of the western province of Kanchanaburi early Saturday morning.

Thai police identified the deceased as 49-year old John Marcus and the survivor as Sean Kewin, 55.

Police said that the two Britons were drinking at a table in front of their house, while music playing on a radio, when the assailant attacked them.

Both were rushed to the nearest hospital, but Marcus died from a wound to his neck, while Kewin was admitted for emergency treatment.

Police suspect that the assailant could be a resident of the same neighbourhood, who reportedly has a history of mental treatment and who exhibited recent injuries, possible suffered during the fight with the two Britons.

At the time of this report, police were still looking for the perpetrator. 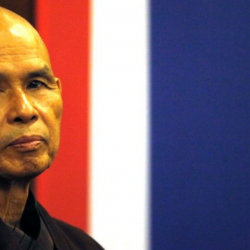