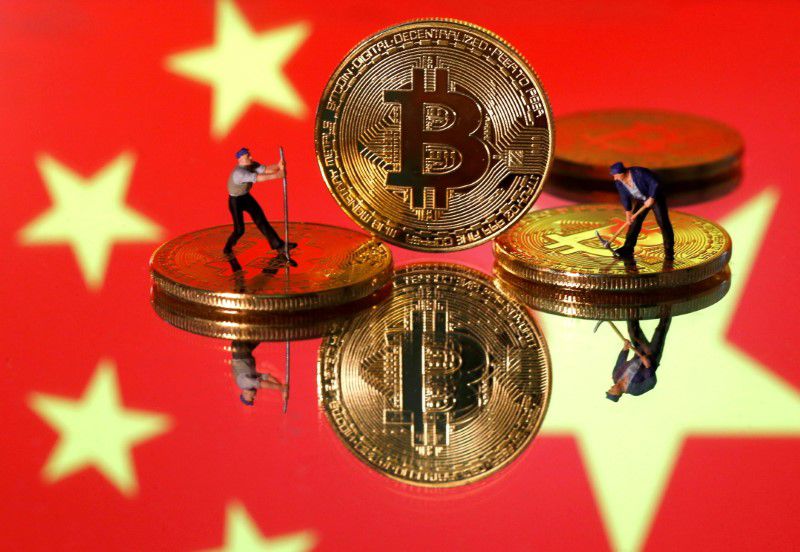 Small toy figurines are seen on representations of the Bitcoin virtual currency displayed in front of an image of China’s flag in this illustration picture, April 9, 2019. REUTERS/Dado Ruvic/Illustration

LONDON/TOKYO (Reuters) – Bitcoin tumbled almost 10% on Monday as recent volatility in the cryptocurrency market showed no signs of dampening down, with market players citing jitters over China‘s expanding crackdown on bitcoin mining in thin liquidity for the losses.

Bitcoin fell as low as $32,094 to its lowest in 12 days, dragging smaller coins down. It was last down 8.3%, on course for its biggest daily drop in a month.

The world’s biggest cryptocurrency, long plagued by volatility, has lost over 20% in the last six days alone and is down by half from its April peak of almost $65,000. Still, it has still gained over 10% this year.

The drop comes amid a growing crackdown on cryptocurrencies in China, where authorities in the southwest province of Sichuan on Friday ordered bitcoin mining projects to close.

The State Council, China‘s cabinet, last month vowed to clamp down on mining and trading as part of a series of measures to control financial risks.

Data on mining is scarce. Yet production of bitcoin in China accounted last year for about 65% of global production, according to data from the University of Cambridge, with Sichuan its second-biggest producer.

Companies that mine bitcoin – an energy-intensive process – typically hold large inventories of the cryptocurrency, with any moves to sell large amounts depressing prices.

“(The) crackdown on Chinese miners might mean that they are offloading coin into a thin market and taking us lower,” said Ben Sebley of London-based crypto firm BCB Group.

China‘s central bank said on Monday it had summoned some banks and payment institutions recently, urging them to crack down harder on cryptocurrency trading.

Agricultural Bank of China (AgBank), China‘s third-largest lender by assets, said separately it was following the People’s Bank of China‘s guidance and would conduct due diligence on clients to root out illegal activities involving crypto mining and transactions.

Smaller rival ether, which tends to move in tandem with bitcoin, dropped as much as 12%, falling below $2,000 for the first time in almost a month. 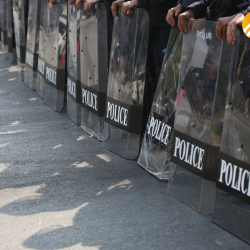 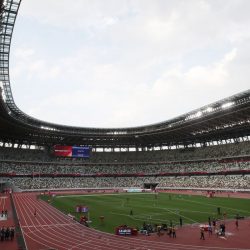 Up to 10,000 spectators allowed at each Olympic venue despite warnings