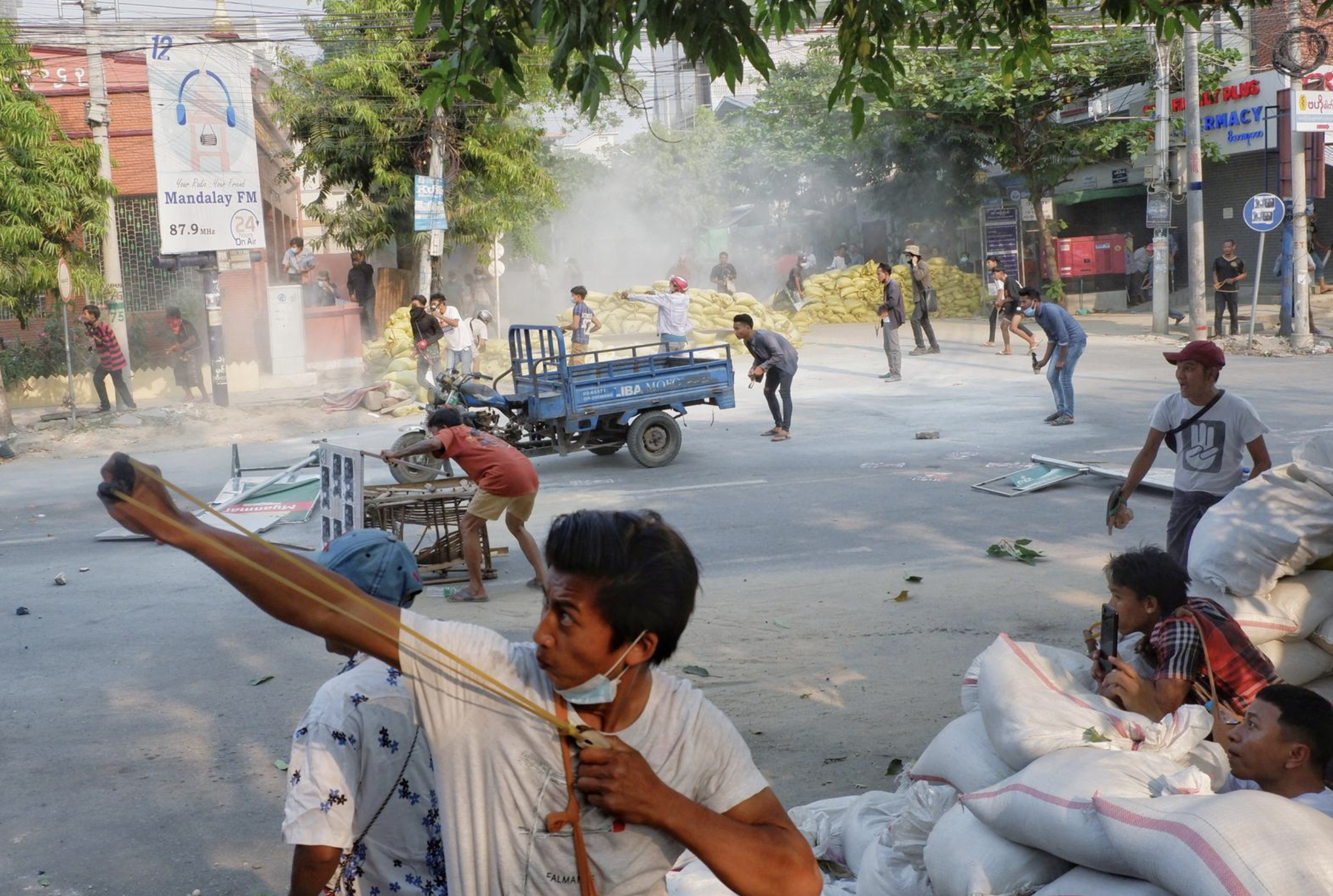 A further 16 protesters were killed in other places, the Assistance Association for Political Prisoners (AAPP) said, as well as one policeman, making it the bloodiest day since the Feb. 1 coup against elected leader Aung San Suu Kyi.

The Chinese embassy said many Chinese staff were injured and trapped in arson attacks by unidentified assailants on garment factories in Hlaingthaya and that it had called on Myanmar to protect Chinese property and citizens. China is viewed as being supportive of the military junta that has taken power.

As plumes of smoke rose from the industrial area, security forces opened fire on protesters in the suburb that is home to migrants from across the country, local media said.

“It was horrible. People were shot before my eyes. It will never leave my memory,” said one photojournalist on the scene who did not want to be named.

Martial law was imposed in Hlaingthaya and another district of Yangon, Myanmar’s commercial hub and former capital, state media announced.

Army-run Myawadday television said security forces acted after four garment factories and a fertiliser plant were set ablaze and about 2,000 people had stopped fire engines from reaching them.

A junta spokesman did not answer calls requesting comment.

Doctor Sasa, a representative of elected lawmakers from the assembly that was ousted by the army, voiced solidarity with the people of Hlaingthaya.

“The perpetrators, attackers, enemies of the people of Myanmar, the evil SAC (State Administrative Council) will be held accountable for every drop of blood that shed,” he said in a message.

The latest deaths would bring the toll from the protests to 126, the AAPP said. It said more than 2,150 people had been detained by Saturday. More than 300 have since been released.

China’s embassy described the situation as “very severe” after the attacks on the Chinese-financed factories. It did not make a statement about the killings.

“China urges Myanmar to take further effective measures to stop all acts of violence, punish the perpetrators in accordance with the law and ensure the safety of life and property of Chinese companies and personnel in Myanmar,” its statement said.

No group claimed responsibility for burning the factories.

The embassy’s Facebook page was bombarded with negative comments in Myanmar language and more than half the reactions – over 29,000 – used the laughing-face emoji.

Anti-Chinese sentiment has risen since the coup that plunged Myanmar into turmoil, with opponents of the army takeover noting Beijing’s muted criticism compared to Western condemnation.

Only two factories had been burnt for now, protest leader Ei Thinzar Maung posted on Facebook.

“If you want to do business in Myanmar stably, then respect Myanmar people,” she said. “Fighting Hlaingthaya, we are proud of you!!”

The United Nations Special Envoy for Myanmar condemned what she termed the “ongoing brutality”.

Christine Schraner Burgener said she had “personally heard from contacts in Myanmar heartbreaking accounts of killings, mistreatment of demonstrators and torture of prisoners over the weekend”.

The repression undermined the prospects for peace and stability, she said, appealing to the international community support the people of Myanmar and their democratic aspirations.

Britain, Myanmar’s former colonial ruler, said it was appalled by the security forces’ use of deadly force against innocent people in Hlaingthaya and elsewhere.

“We call for an immediate cessation of this violence and for the military regime to hand back power to those democratically elected by the people of Myanmar,” British Ambassador Dan Chugg said.

The army said it took power after its accusations of fraud in a Nov. 8 election won by Suu Kyi’s party were rejected by the electoral commission. It has promised to hold a new election, but has not set a date.

Suu Kyi has been detained since the coup and is due to return to court on Monday. She faces at least four charges, including the illegal use of walkie-talkie radios and infringing coronavirus protocols.

Away from Hlaingthaya, at least 16 deaths were reported elsewhere in Myanmar, including in the second city of Mandalay and in Bago, where state television MRTV said a police officer had died of a chest wound after a confrontation with protesters.

He is the second policeman reported dead in the protests.

The violence took place a day after Mahn Win Khaing Than, who is on the run along with most senior officials from the Suu Kyi’s National League for Democracy Party, said the civilian government would give people the legal right to defend themselves. It announced a law to that effect on Sunday. 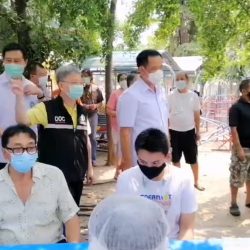 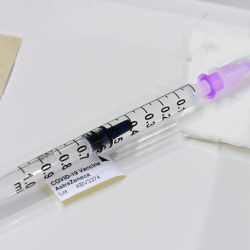