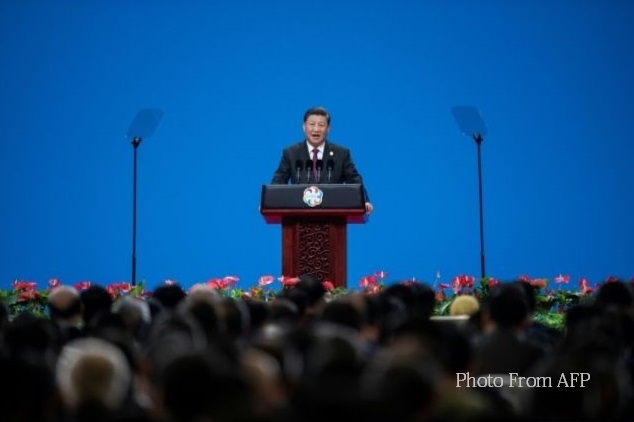 BEIJING (Reuters) – China has a glorious history of being open to the world and it will only be more open, President Xi Jinping said on Wednesday, in his first public address since trade tension with the United States spiked last week.

China and the United States are locked in an escalating trade war, with both levying tariffs on each other’s imports. Just before Xi spoke, the government reported surprisingly weaker growth in retail sales and industrial output for April.

Xi was addressing a forum in Beijing organized by the propaganda ministry, called the Conference on Dialogue of Asian Civilisations. He made no direct reference to the trade tension, focusing instead on presenting China as a non-threatening country open to all.

Chinese civilization was an “open system” that had continuously had exchanges and learned from other cultures, including Buddhism, Marxism and Islam, Xi told the forum.

“Today’s China is not only China’s China. It is Asia’s China and the world’s China. China in the future will take on an even more open stance to embrace the world,” he added.

“Civilizations will lose vitality if countries go back to isolation and cut themselves off from the rest of the world,” Xi said.

“The people of Asian countries hope to distance themselves from being closed, and hope that all countries will adhere to the spirit of openness and promote policy communication, connectivity and smooth trade.”

Xi offered no new concrete measures to open China up, aside from proposing an Asia tourism promotion plan, and even on that he gave no details.

Officials have billed the forum as part of a soft power push to put a gentler face on China’s growing might, though it only attracted a handful of foreign leaders to the opening session, at which Xi spoke, including the presidents of Greece, Sri Lanka and Singapore.

China has faced opposition to some of its global ambitions, mainly in the West but especially in the United States, where there has been suspicion of Chinese technology, Xi’s Belt and Road Initiative to re-create the Old Silk Road, and government-run Confucius Institutes to teach the Chinese language.

China has also faced criticism for its tight cyber controls – though forum organizers unblocked the internet for foreign media – and for a controversial re-education campaign for Muslims in its far Western region of Xinjiang. 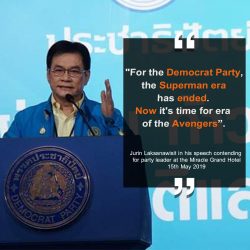 "For the Democrat Party, the Superman era has ended. Now it's time for era of the Avengers." 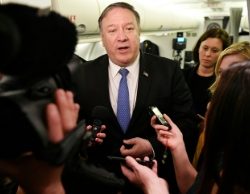