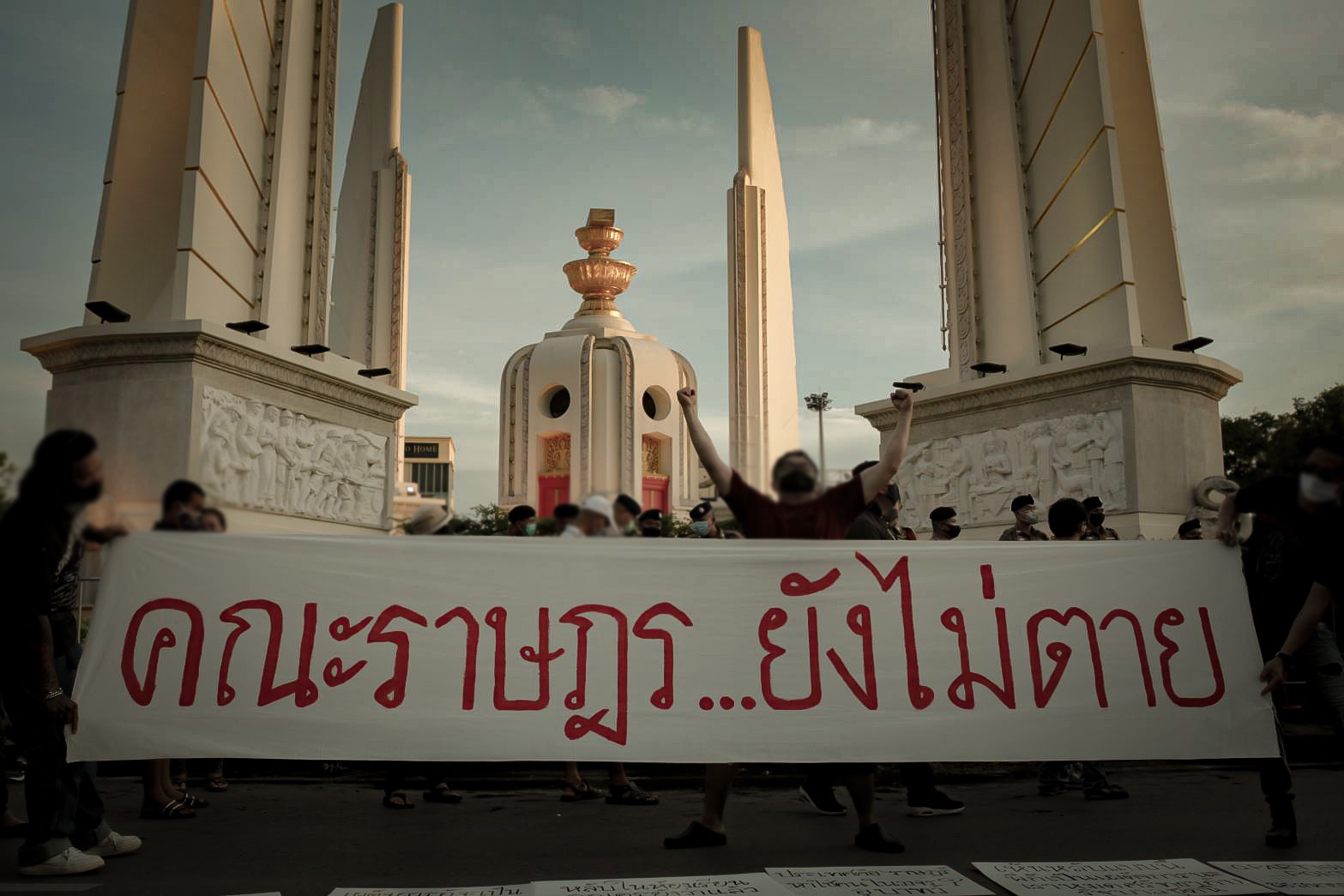 Anti-government protesters rallied at the Democracy Monument in the heart of Bangkok on Saturday evening, to demand the dissolution of Parliament, the drafting of a new Constitution and the ouster of the Government of Prime Minister Prayut Chan-o-cha, which they accuse of restricting the free expression of the people.

Led by the Union of Students of Thailand and the Free Youth movement, the demonstrators, many of them in black shirts, began streaming to the Democracy Monument at about 4.30pm.  Some of them held posters which read “Get Out Prayut” and “The Longer (the Government) Stays On, the More the Damage.”

One of the protest leaders, and Thammasat University student activist, Mr. Prit Chivarak, better known as “Penquin” [sic], accused the Government of incompetence in administering the country and voiced his objection to the extension of the state of emergency.

Mr. Tatthep “Ford” Ruangprapaiserikit, of the Free Youth group, asked if anyone in the Government would be held accountable for the Egyptian debacle in Rayong province, as he accused the administration of “lowering its own guard” while repeatedly urging the people maintain theirs.

Ms. Chuthatip Sirikhan, president of the Union of Students of Thailand, asked the protesters to turn the torch lights of their smart phones on and to aim them at the monument, as a symbolic gesture indicating that Thai democracy is now in darkness.

She said that the protesters would maintain the vigil at the monument “to prevent democracy from vanishing from the country.”

Pol Col Itthiphol Pongthorn, superintendent of Samranrat police station, arrived at the scene and, using a bullhorn, warned the protesters that they might face a two-year prison term and/or a fine of 40,000 baht for not observing social distancing. His warning was ignored. 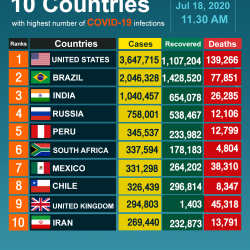