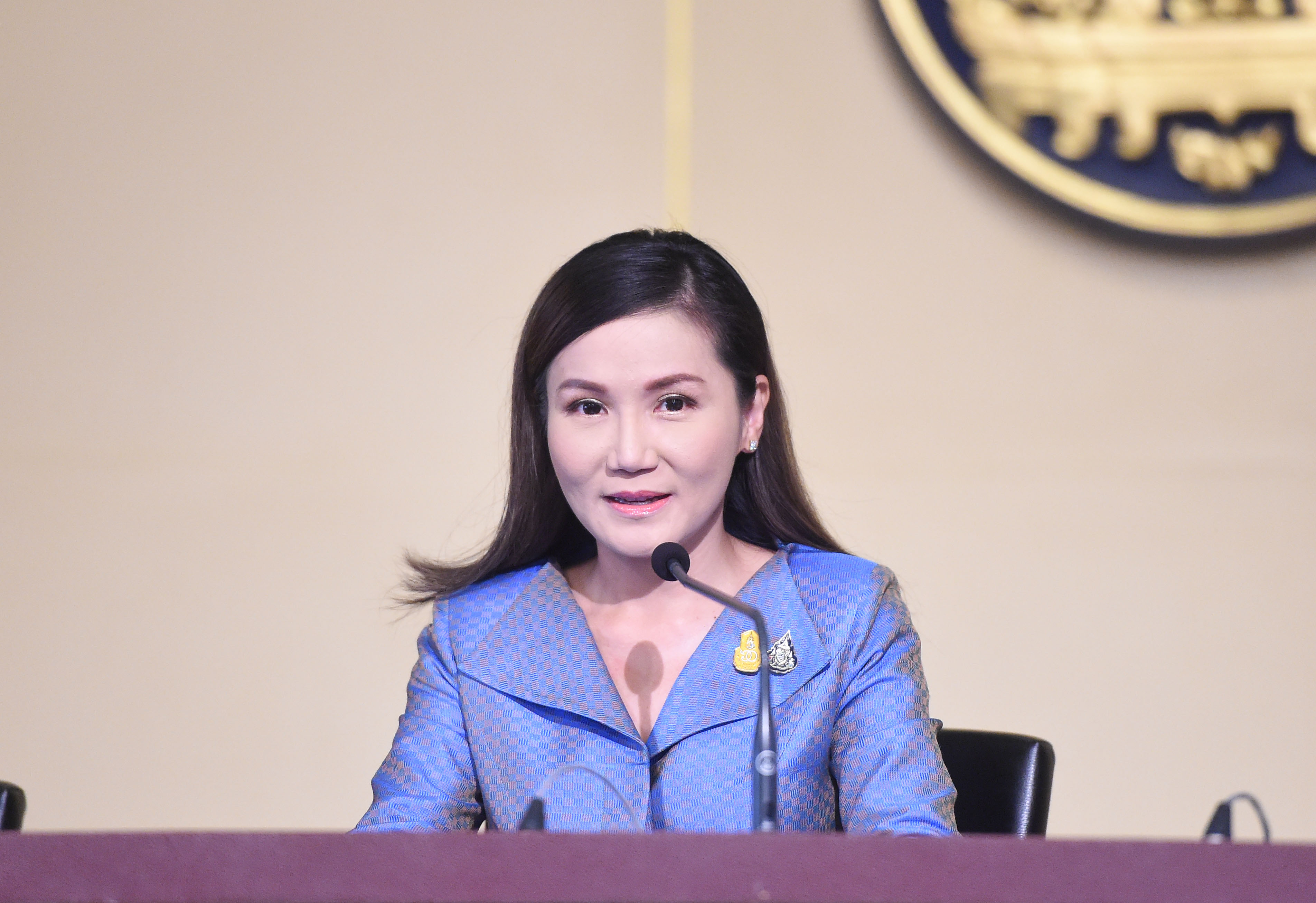 However, that moment of glory as very brief. Only a few days afterward, Narumon – the party’s newly elected treasurer – found herself cut down to size after becoming a subject of criticisms and ridicule by critics who strongly questioned  her credentials.

And in one of his first remarks as Palang Pracharath’s new leader, General Prawit Wongsuwan, had to make it clear that Narumon would only lead the party’s economic policy drafting team, rather than the actual economics team.

The party apparently backtracked on its plans after critics voiced doubts about her expertise, fearing that putting her in charge of the economics team would pave the way to her becoming a minister and even leading the government’s economics team after a Cabinet reshuffle.

Narumon was reportedly being considered for the post of deputy finance minister to replace the incumbent Santi Promphat in the upcoming Cabinet shake-up.

While some wonder how Narumon’s name ever came up for such important posts, observers point out that she has developed a close relationship with General Prawit, who reportedly trusts her and personally picked her to oversee the party’s finances.

Narumon has failed to shine so far in her stint as government spokesperson, apparently preferring to play the role of Deputy Prime Minister Prawit’s “shadow”. She always joins his entourage on upcountry visits, and is frequently seen waiting to greet him at the Government House entrance. Meanwhile, she often acts as his personal secretary, sometimes also publicizing what she touts as his achievements.

A former professor with big political ambitions, Narumon was the only woman present when members of key Palang Pracharath factions invited Prawit to become party leader at the Five Provinces Bordering Forest Preservation Foundation, which he heads, inside the First Infantry Regiment on June 22.

Before entering Prawit’s inner circles, Narumon worked closely with Deputy Prime Minister Somkid Jatusripitak in the post-coup government and with Finance Minister Uttama Savanayana, who was replaced by Prawit as party leader.

In fact, Narumon likely has Somkid to thank for her political rise. Her big break came when she was approached by Somkid to work at the Finance Ministry where he oversaw economic policy for the post-2014 coup government.

The 46-year-old launched her political career in General Prayut Chan-o-cha’s first government after the coup, when she was handed responsibility for the Social Security Fund’s investment strategy and risk-management under then-labour minister General Sirichai Dittakul.

When Sirichai resigned in 2017, Somkid had Narumon join the Finance Ministry where she was appointed vice minister under then-finance minister Apisak Tantivorawong.

Here, she was involved in designing several economic stimulus projects for Prayut’s first government, including the state welfare card – a smart card issued to help low-income people cover their basic necessities – and the “Manda Pracharat” subsidy policy for mothers and children.

The ruling party likely gave Narumon her position as a young technocrat in a bid to appeal to new-generation voters, and as observers say, a possible move to stab Somkid in the back and weaken his power base.

Though Narumon insists she still respects Somkid and has no conflict with him, she has never kept her political ambitions secret.

“I quit as a lecturer and gave up my privileges as a civil servant [to enter politics] because helping poor people is my passion. In the political field, I can turn ideas into policies to help disadvantaged people,” the academic-turned-politician once told Thai media.

“I’m not passionate about the spokesperson’s job. I didn’t plan [for it] nor did I think it would happen,” she added.

Observers believe Narumon distanced herself from the technocrat team of Somkid and his Four Boys to align with Prawit, a position that better matched her ambitions for a bright, high-profile future in politics.

This is not the first time Narumon’s appointment has surprised critics. Last year, she was made government spokesperson by Prime Minister Prayut despite being a novice in politics. Yet a quick check on her background reveals a formidable profile.

Born in 1973, she picked up a bachelor’s in statistics at Chulalongkorn University before heading to the US for a Master’s in Actuarial Science from Georgia State University, a Master’s in Business Administration (Applied Economics) at Pennsylvania University and then a PhD in Finance and Risk Management at the same university. Upon returning, she took a job as lecturer at the National Institute of Development Administration.

Narumon entered the political arena in early 2017 when she was chosen as Palang Pracharath Party MP candidate, coming in fifth in the party list during the March 2019 elections. However, she stepped down as MP to serve as government spokesperson.

Netizens have dubbed her the “big-eyes spokesperson” for wearing tinted lenses that make her irises look unnaturally large.

Narumon is married to a judge and has two children. 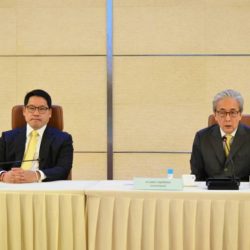