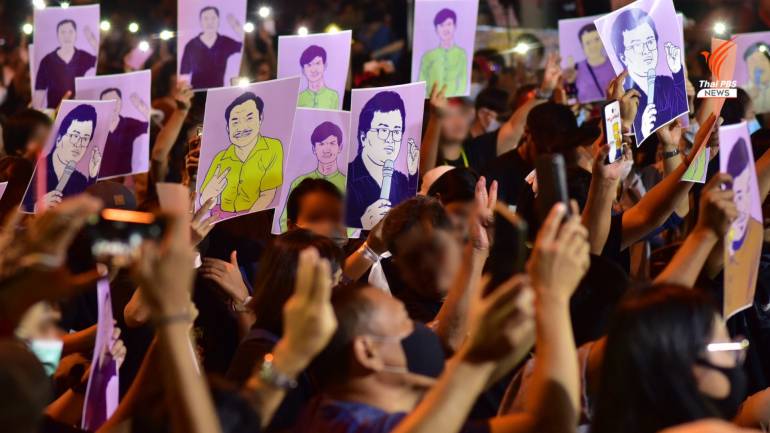 The past month has seen thousands of mostly young anti-establishment protesters take to the streets in Bangkok. But unlike its predecessors, the latest popular uprising in Thailand belongs firmly to the 21st-century digital era.

These youngsters – violating emergency law and risking a crackdown – are employing both modern and age-old tools in their war of wits against the powers-that-be.

The protests have evolved into a cat-and-mouse game of youngsters versus middle-aged state officials. Police officers block off sites where they expect the rallies to take place, only for the protesters to pop up somewhere else.

Observers say it’s as if the old crowd are playing chess, while the youngsters have teamed up in an online multiplayer strategy game.

Large rallies are still gathering, even after most key protest leaders were arrested under the “grave” emergency imposed in Bangkok by Prime Minister Prayut Chan-o-cha to combat “threats to national security”.

The emergency decree declared on October 15 also mentioned “acts that affected a Royal motorcade”, after protesters allegedly obstructed a royal procession carrying the Queen the day before.

The protesters have remained unfazed by the legal crackdown, maintaining their calls for Prayut to step down, the Constitution to be amended and the monarchy reformed.

The first protest in defiance of the emergency saw thousands of young urbanites gather on October 15 at Rajprasong intersection in the heart of Bangkok’s shopping district.

Hearing the youngsters were planning to gather the following day, police closed the intersection, but were outwitted when another huge crowd gathered just down the road at Pathumwan intersection.

Police then resorted to anti-riot vehicles armed with water cannons, in a crackdown on peaceful protesters that drew widespread condemnation.

Undeterred, the protesters adopted a “flash mob” strategy – popping up unannounced at different locations each day.

Authorities responding by suspending mass-transit services like the Skytrain and subway, but the youngsters still showed up in droves – relying on slower modes of transport or even walking when necessary.

The youngsters’ “be like water” strategy of fluid gatherings was inspired by Hong Kong pro-democracy protests, which frustrated Chinese authorities for several months. Gone is the old protest tactic of camping out on streets and becoming sitting ducks for the authorities.

“This is the first time in Thai history that the protesters are an unpredictable, leaderless movement, flowing like a mass of water,” Tattep Ruangprapaikitseree, secretary-general of the Free Youth protest group, told the Washington Post. “Since the beginning, our group has wanted to be like the protesters in Hong Kong. They are the model for this movement.”

Free Youth communicates with supporters through its Facebook page, which has more than 1.4 million followers. The group posts frequent updates about protest plans in a tongue-in-cheek style – ridiculing authorities outfoxed by their tricks.

The protesters also use Twitter and messaging app Telegram, which allows up to 200,000 members.

These fluid, leaderless, yet well-organised, gatherings have proved tough for police to control, even after being armed with special “emergency” powers.

Some police officers have privately admitted to being out-manoeuvred, leaving them unable to arrest demonstrators en masse or prepare crowd-control equipment ahead of time.

A junior officer deployed in Bangkok told the Washington Post that police had never before experienced a situation like this. “The protesters disappear even before we arrive. We cannot tackle the protests by using our old methods anymore,” he said.

After vehicles carrying large amplifiers were banned, protest leaders began relying on megaphones or small amplifiers to communicate with crowds. But since these smaller systems don’t carry the voice very far, rally participants began relying on the old tricks of word-of-mouth and sign language.

Whispered instructions of “sit down”, “don’t run” and “go straight” were spread through crowds, along with warnings like “water-cannon truck” and “disperse when police arrive”.

Hand signals were soon added to the protest vocabulary. Raising both hands overhead to form an X means “danger”, while drawing a circle in the air with the index finger is “run away from crackdown”. Hands held over the head signals “need helmet”; hands pointing above, “need umbrella”.

Groups practised the moves together and then shared them with newcomers.

“Every participant is well-educated and knows how to survive without leaders. We need to communicate so the protests can take place in an orderly manner,” a 20-year-old protester told Reuters.

The young demonstrators have also come up with a special “protest lingo”, which has spread quickly via mainstream and social media.

In protest-speak “broccoli” refers to green-clad soldiers, while police are dubbed “mocha” for their coffee-coloured uniforms.

“The Blueberry Gang” refers to blue-attired officers of the Border Patrol Police involved in the October 16 crackdown, while “O-liang” (Thai iced black coffee) is uttered whenever crowd-control police in black uniforms are spotted.

The young protesters’ creativity and organisational skills have won praise in many quarters.

Asst Prof Dr Wilaiwan Jongwilaikasem, who lectures at Thammasat University’s Faculty of Journalism and Mass Communication, lauded the efficiency of their planning and communications, both online and on the ground.

Despite the government’s best efforts, the protesters have been able to get their messages through, she said.

“Nowadays online conversation is boundless, you can’t use simple law and order to tackle it,” said the lecturer, commending the protesters’ ability to switch between modern communication methods and the age-old word of mouth and hand signals.

Dr Eakpant Pindavanija, a scholar in peace studies, told Thai PBS that he admired the young protesters’ ability to “self-organise”.

Observing a recent protest at Lat Phrao junction, he noticed that young protesters worked systematically in passing on raincoats, helmets and bottled water.

“While standing with them, I was told to move slightly so I was positioned in the right spot,” he said. “This orderliness comes from commonly agreed rules.”

Political activist Sombat Bunngam-anong, aka “Bor Kor Lai Jut” or the Polka Dot Editor, applauds the protesters for their flexibility and perseverance in dealing with police, as well as their positive attitude and “badass” fighting spirit. For ability and efficiency, they deserve a score of 9 out of 10, he said. 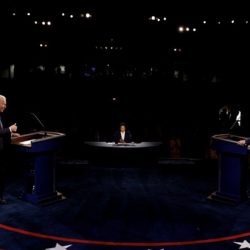