Yaowarat – Heart of the Chinese community in Thailand

Yaowarat, the largest Chinese community in Thailand, is one of the most popular destinations for tourists from around the world, especially during Chinese New Year celebrations.

It is a result of the settlement of Chinese on the east bank of Chao Phraya River, during the reign of King Rama the first.

From there, Chinese traders operated maritime junk trade between Thailand and China throughout the Rattanakosin period. In 1891, King Rama the fifth ordered the construction of many roads, including Yaowarat Road.

As there are officially 56 recognised ethnic groups in China, the culture, traditions and beliefs are highly diversified. Yaowarat is the place where most Chinese customs can be seen.

The Chinese community in Yaowarat is actually multicultural, because it is a mix of Hainanese, Hokkien, Teochew, Hakka and Cantonese.

According to Dr. Panom Jitjarukorn, an expert on Chinese beliefs, some Chinese traditions in Yaowarat are even more “traditional” than in mainland China.

He said that the Chinese vibes and practices are so strong in Yaowarat, especially during Chinese festivals, because the Chinese heritage is deeply rooted, from their ancestors to the young generation. Even if the young generation said that they are not going to worship or burn paper for the dead, they still practise other Chinese things, such as having boiled rice for breakfast, eating noodles and using chopsticks with every dish, including boiled rice. This is the Chinese identity.

Yaowarat is the place where you can find almost everything related to Chinese culture, rituals and traditions. The shrines in this neighbourhood are always busy, but are at their best during festivals, when they are packed with worshippers making merit. Chinese New Year is one of the busiest times of the year.

Many practices seen in Yaowarat, such as lighting firecrackers, burning paper for the dead or lighting incense, are rarely seen in China nowadays, even though these are Chinese traditions.

In the past, China abandoned worship or burning paper for dead ancestors. Everything, according to belief, must be burnt. The temples were closed and some beliefs have disappeared.

Dr. Panom said that they are afraid of the credulity, which is usually the beginning of a cult and can be developed into rebellion. In the past, multiculturalism and traditions were linked to disharmony, such as vegetarianism and the Red Turban Rebellion.

So, the Chinese traditions in Yaowarat have been preserved. Even though it is not 100% Chinese, here in Thailand it is a place with more Chinese practices than China nowadays, including the incense, burning of paper for the dead and worshipping their ancestors, he added.

As one of the oldest Chinese communities, you can also hear conversations in various Chinese dialects. You can buy Chinese herbal medicines, hunt for special ingredients or sample Chinese dishes which cannot be found anywhere else in Thailand.

It is also the centre of Chinese arts and crafts, as Chinese immigrants also brought arts and artisanal skills, which have been and still are passed down through the generations.

There are many Chinatowns around the world, but the food culture is what makes Yaowarat one of the best, according to Dr. Panom.

He said that Thailand is well-known for its gastronomy and Yaowarat is a very big street food area, located among Chinese shrines with the smell of incense and the vibe of the Chinese market.

According to the Tourism Authority of Thailand, the Kingdom is one of five countries around the world with the largest Chinese New Year 2023 celebrations outside China.

This year, Chinese New Year in Thailand will be on Sunday, January 22nd, and the festival will be held on January 22nd and 23rd from midday to midnight at ‘Yaowarat’, offering visitors a chance to explore one of the strongest Chinese communities in the world. 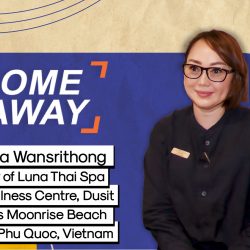