The Yala provincial administration, today (Monday), started tightening up travel restrictions by requiring all travellers entering this southern border province of Thailand to have received at least one dose of COVID-19 vaccine.

Those who have not been vaccinated will also be banned from doing business at all government offices and banks.

Twelve checkpoints, each manned by police, army officers, local administration and public health officials and community leaders, have been set up on roads, linking Yala with Pattani, Narathiwat and Songkhla, to make sure that travellers have been inoculated with at least one dose.

Moreover, the provincial administration is seeking cooperation from all residents by getting vaccinated, otherwise, from Wednesday they will not be allowed to perform religious activities in mosques, temples or churches.

Members of the public in the province can get vaccinated at any district office or hospital from today, 7 days a week.

The escalated restrictions were imposed after infections have increased steadily in the four southern border provinces, which are the country’s top ten provinces for high rates of infection.

According to the Centre for COVID-19 Situation Administration today, Yala ranks no.2 province with most COVID cases found in the past 24 hours at 756, while 579 new cases have been found in Songkhla, 502 in Pattani and 466 in Narathiwat.

On Sunday, Prime Minister Prayut Chan-o-cha issued a ministerial order appointing one of his advisors, General Nattaphon Narkpanit, as head of a special command centre, set up to contain the pandemic in the four provinces. 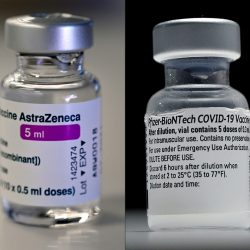