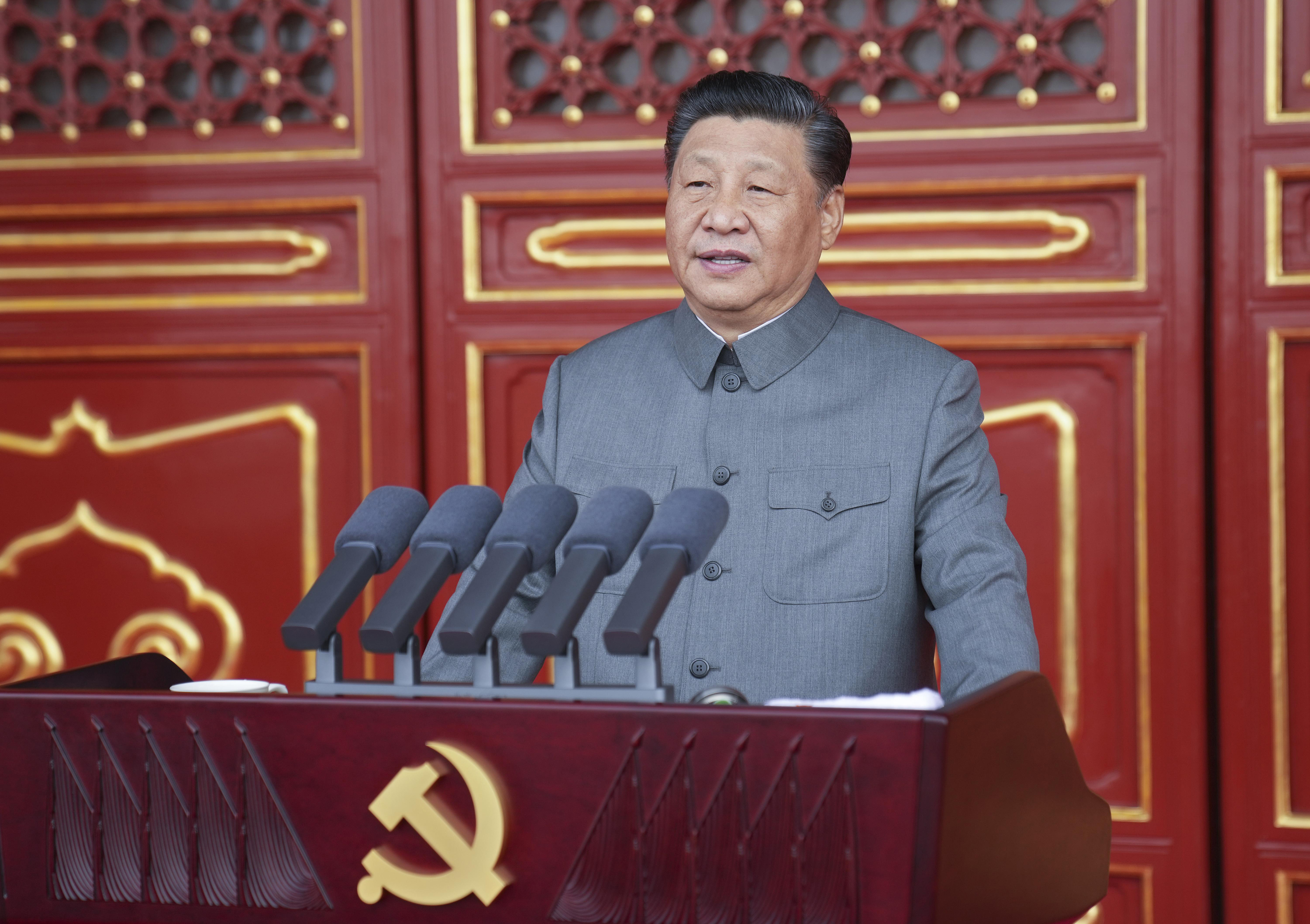 In this photo provided by China’s Xinhua News Agency, Chinese President and party leader Xi Jinping delivers a speech at a ceremony marking the centenary of the ruling Communist Party in Beijing, China, Thursday, July 1, 2021. China’s Communist Party is marking the 100th anniversary of its founding with speeches and grand displays intended to showcase economic progress and social stability to justify its iron grip on political power that it shows no intention of relaxing. (Li Xueren/Xinhua via AP)

BEIJING (AP) — Chinese President Xi Jinping warned Thursday that anyone who tries to bully China “will face broken heads and bloodshed,” in a defiant speech hailing the country’s rise that elicited loud cheers from a carefully chosen crowd at a celebration of the centenary of the founding of the ruling Communist Party.

In unusually forceful language, Xi appeared to be hitting back at the U.S. and others that have criticized the rising power’s trade and technology polices, military expansion and human rights record. In an hour-long speech, he also said the nation must stick to its one-party rule, emphasizing the communists’ role in lifting China to global prominence.

The rally — which featured a military flyover and people waving Chinese flags and singing patriotic songs — in some ways recalled the mass events held by Mao Zedong, communist China’s founding leader. Xi even wore a gray buttoned-up suit like the ones favored by Mao and spoke from the same balcony atop Tiananmen Gate where the revolutionary leader declared the start of communist rule in 1949. More than 70,000 people attended Thursday, according to the official Xinhua News Agency.

Xi, who heads the party and is thought to be considering a third term starting next year, received the biggest applause when he said the party had restored China’s dignity after decades of subjugation to Western powers and Japan in the 19th and 20th centuries, and turned it into the world’s second largest economy in recent decades.

“The Chinese people will absolutely not allow any foreign force to bully, oppress or enslave us and anyone who attempts to do so will face broken heads and bloodshed in front of the iron Great Wall of the 1.4 billion Chinese people,” said Xi, who has eliminated limits on his time in office, prompting speculation that he could rule for life, as Mao did.

The strong language appeared aimed at revving up and playing to a domestic audience. The strongest elements of it — the references to bashing heads and bloodshed — were left out of state media’s English translation of the quote.

Xi declared that China had restored order in Hong Kong following anti-government protests in 2019 and reiterated the Communist Party’s determination to bring self-governing Taiwan under its control.

Both policies have been widely criticized by Western democracies. They have accused the Communist Party of abusing its power at home, including detaining more than 1 million Uyghurs and other mainly Muslim minorities for political reeducation in the northwest region of Xinjiang, and for imprisoning or intimidating into silence those it sees as potential opponents from Tibet to Hong Kong.

As part of a continuing crackdown on anti-government protests in the city that long enjoyed freedoms not seen on the mainland, police in Hong Kong sealed off Victoria Park on Thursday. In the past, the park was the starting point for annual pro-democracy marches on July 1, the anniversary of the British return of Hong Kong to China in 1997.

Xi also said the party would retain absolute control over the military, which now has the world’s second-largest annual budget after the U.S. “We will turn the people’s military into a world-class military, with even stronger capabilities and even more reliable means to safeguard the nation’s sovereignty, security and development interests,” he said.

Xi appears to be setting up China for a protracted struggle with the U.S., said Robert Sutter of George Washington University’s Elliot School of International Affairs. He said China is pursuing “its very self-centered policy goals at the expense of others and of the prevailing world order.”

China and the U.S. are increasingly at odds over the former’s claims to almost the entire South China Sea and to unpopulated islands held by Japan, an American ally. The U.S. has also boosted ties and military sales to Taiwan to dissuade China from taking the self-governing democratic island by force. Elsewhere, the Chinese and Indian armies clashed last year over a disputed border high in the mountains.

Taiwan, commenting on the anniversary, accused China of seeking to upend the international order with ambitions of becoming a regional or even global hegemon. “Democracy, freedom, human rights and the rule of the law are Taiwanese society’s core values, and the gap with the other side’s authoritarian political system is considerable,” a government statement said.

The Tiananmen Square event was the climax of weeks of ceremonies and displays praising the role of the Communist Party in bringing vast improvements in quality of life and expanding China’s economic, political and military influence. Those accomplishments, coupled with harsh repression of any critics, have helped the party remain in power.

The party’s official narrative glosses over past mistakes or current controversies, such as the mass famine of the Great Leap Forward in the late 1950s and early 1960s, the violent class warfare and xenophobia of the 1966-76 Cultural Revolution and the 1989 military intervention that crushed a democracy movement at Tiananmen Square.

Instead, it focuses on development, stability and efficiency — including its success in controlling COVID-19 — in contrast to what it portrays as political bickering, the bungling of pandemic control and social strife in multiparty democracies.

Looking skyward, the crowd cheered a flyover by military planes, including helicopters forming the number “100″ and a squadron of China’s J-20 stealth flyers. The final group of jets streaked blue, yellow and red contrails across the sky.

The party faces no serious challenges to its rule, but it’s difficult to gauge the public’s level of support since few would dare to criticize it because of fear of arrest. Yang Shaocheng, a retired construction employee, said he is proud of the achievements of his motherland under communist rule. 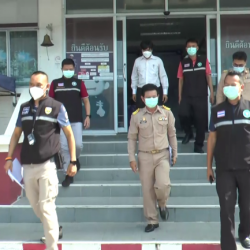 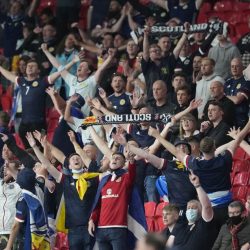