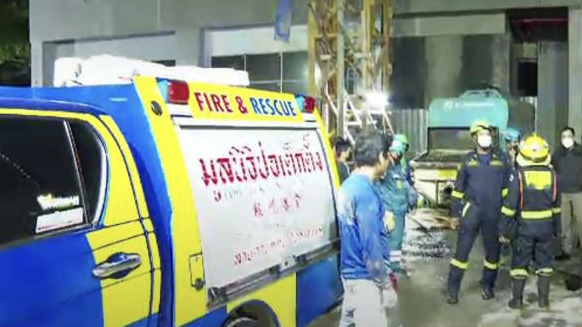 A construction worker was killed and five others were injured when a floor in a riverside condominium building, near Bangpo intersection in Bangkok’s Bang Sue district, collapsedat about midnight Saturday.

Rescue workers from the Poh Teck Tung Foundation said early this morning (Sunday) that they could not get into the building, located on a bank of the Chao Phraya River, to search for anyone else who may be trapped under the fallen concrete slabs until given clearance to do so by construction inspectors.

It is unknown, at the time of this report, which floor of the 27-storey building collapsed.

Eyewitnesses said that a pickup truck was seen leaving the construction site around midnight carrying three injured workers, they believed, to Vachira Hospital, which is close to the scene of the accident.

Engineers and forensic investigators are due to inspect the construction site today. 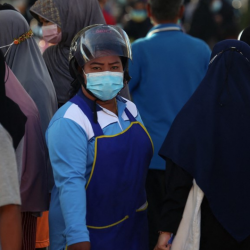 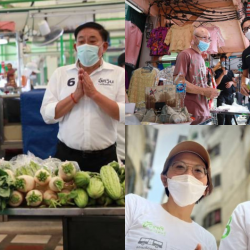