Deputy Prime Minister Wissanu Krea-ngam today reiterated the time frame set for the general elections, which is between February 24 and May 5 next year, and suggested that political restrictions will be soon eased to allow political parties to carry out political activities.

After an informal meeting with the newly-appointed members of the Election Commission, Mr Wissanu said one issue discussed was about amending  the order of the National Council for Peace and Order (NCPO) which restricts political activities.

He said that the restrictions would be eased during the 90-day period after the bills on MP election and senator selection are published in the Royal Gazette. Once the restriction is lifted, political parties will be allowed to carry out six categories of political activities without needing prior approval from the NCPO.

Easing of the political restrictions can be done by having the order amended or a new order issued by the NCPO, he said.

The six political activities include the holding of party meetings, carrying primary elections to choose election candidates and splitting of election constituencies, said Mr Wissanu, adding that for activities other than the six, advance approval from the junta is still needed.

He said that political restrictions would be completely revoked within 150 days after the enforcement of the two election laws.

Regarding the controversial appointment of election inspectors – an issue which is yet to be resolved by the EC — the deputy prime minister said that the issue remains inconclusive but he personally believes that there won’t be a change or removal of all the 616 election inspectors nominated by the former Election Commission, noting that the inspectors are in urgent demand for the selection process of the senators which will start in September.

The outcome of the meeting with the EC today will be raised for discussion with the NCPO, said Mr Wissanu.

NCPO spokesperson Maj-Gen Piyapong Klinpan said that the junta would continue to do its job to maintain peace and order to ensure smooth election during the period before the election after the EC unveils its election roadmap. 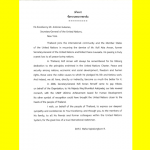 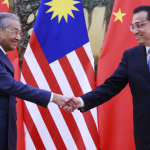