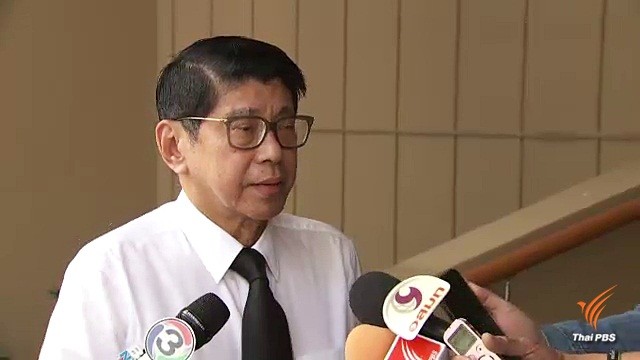 His Majesty King Maha Vajiralong has commanded that his May 4-6 coronation ceremony should be economical and in line with Royal tradition, according to Deputy Prime Minister Wissanu Krea-ngam, head of the coronation organizing committee.
Describing the ceremony as second only in importance to the Royal cremation of the late King Bhumibol Adulyadej, he explained that no new construction was needed for the event,except for the renovation of some structures to follow Royal tradition.
Dr. Wissanu said the preparations are now 80% complete, adding that his committee is waiting for a ceremonial emblem, to decorate the traditional container of the water for purification, to be delivered from the Bureau of the Royal Household.
The same emblem will adorn arches to be built by City Hall, engraved on decorative pins and printed on flags to be flown for one year at government offices.
The deputy prime minister said the committee will send a selection of pictures of the King to the Bureau of the Royal Household from which the King will make a selection. The chosen picture will be used for decoration at all government offices and in households.
The water for the purification bath will be collected from five major rivers, namely Chao Phraya, Bang Pakong, Pasak, Ratchaburi and Petchaburi. Water will also be collected from four “sacred” lakes in Suphan Buri province. The water is to be collected on April 6th.
The water for anointing will be collected from 107 sources in 76 provinces across the country, together with water from the Grand Palace, on April 18th and 19th. The anointing will take place at the Paisarn Taksin throne hall and will be attended by the Prime Minister, the president of the parliament and six chosen members of the Royal Family.
Dr. Wissanu said that, so far, no foreign guests have been invited to attend the coronation and related ceremonies but they will be welcome if requests are made in advance.
He said members of the public can attend the ceremonies to express their good wishes to the King on May 5th and 6th. On May 5th, His Majesty will tour the city in a 7Km procession from the Grand Palace to Wat Boworn Nivet, Wat Ratchabopit and Wat Chetupon and back to the Palace.
At 4.30pm on May 6th, the King will appear on the Sihabanchorn balcony of the Anata Samakhom throne hall to grant a grand audience to the people. 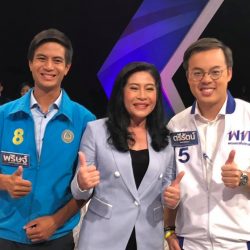 PM may address his first campaign rally on March 10