Schools in Thailand’s 28 red zone provinces will be allowed to resume onsite learning from February 1st. The country’s education minister, Nataphol Teepsuwan, said that the outbreak is under sufficient control whereby the ministry feelscomfortable with the safety measures in place for classroom lessons.

Nataphol said that, if the number of infections rises again to between 500 and 600 per day over a wide area, they will have to reconsider their decision. So far, officials have been able to trace and understand the timeline of each infection, which gives the ministry confidence that they will be able to manage the situation in schools.

The ministry had extended the closure, from mid-January,because there were about 50 million people travelling during the New Year holidays, so they limited school activities for 1 month as a precaution.

He said that the number of new infections has been quite stable since the January 17th, a trend which provides a level of confidence for the ministry.

Schools in Samut Sakhon, however, are likely to remain closed for the time being.

The ministry also plans to let all students progress without taking final examinations. Nataphol said that the pandemic makes it very difficult to adhere to the standardize tests, and many countries around the world have allowed such a measurealready. He hopes that this will enable teachers to focus more on students’ individual abilities.

The World Economic Forum (WEF) released its global risk report, detailing how the pandemic is widening inequality around the world, especially in access to education. Nataphol said his ministry is concerned about the drop-out rate, especially for girls. The ministry has teachers in contact with the families of such students, so as to understand their reasons for them not letting their children return to school, and have been addressingthe issues.

Nataphol admitted that online/offline learning methods are still one of the ministry’s main concerns. Onsite learning is still the best approach. In some schools, however, online education has helped students to organize their time and receive more direct input from the educators.

The minister is planning projects to ensure that schools in rural areas will have access to technology. He said these projects will take some time and budget planning, which the ministry is preparing for the end of this year and the beginning of 2022.

The masterplan for the next five years will be finalized in next three months, he said. Many small schools will be consolidated to one larger institution, to maximize the resources, while the smaller schools in remote areas will receive more funding. The decisions will be based on data provided by local officials. The ministry promises to provide appropriate transportation to accessible institutions. The curricula of secondary schools will also be adjusted to suit the local needs, such as more tourism related subjects for schools in Phuket.

“It is not going to be easy, but we are working hard to make it happen,” said the minister. 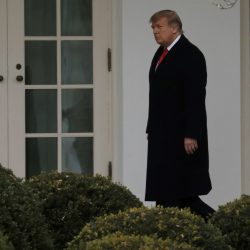 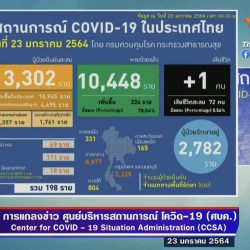