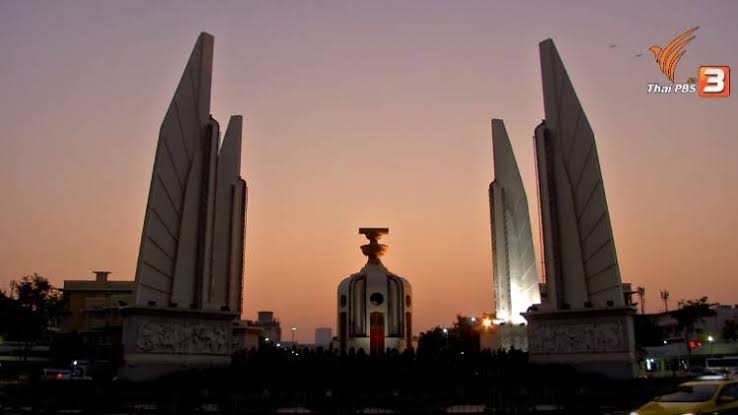 The event, schedule for Sunday afternoon, is a collaboration between activists who fought against an undemocratic regime in power in 1992, which ended in a coup following a massacre, known as Black May.

Amid the already heated political situation in Thailand, this latest group is highly anticipated, with questions being asked about how much pressure it can put on the government or how the forum will turn out at all.

Jatuporn’s influence, as the leader of the United Front for Democracy Against Dictatorship (UDD or Red Shirt movement), might help to convince a number of activist groups to join forces and add more weight to their demands. Political observers, however, point to other active groups, which have gained strong support and are more relevant to the current political landscape. The success of Samakee Prachachon might also depend on how well other political groups receive it.

Political scientist Attasit Pankaew, from Thammasat University, explains that the ideology of Samakee Prachachon appears to align with that of other groups, such as Free Youth or United Front of Thammasat and Demonstration. If they could consolidate their power, it would benefit the overall anti-authoritarian movement.

“Most movements share a common view today, that the prime minister is at the heart of the problems and that he must go,” the observer said, adding that Jatuporn could bring his red-shirt followers to the table.

Different political groups have different groups of supporters and they would be stronger working together but, without such collaboration, Attasit thinks that the pro-democracy movement will continue to be viewed as haphazard and disparate collection of smaller groups.

Attasit explained that the prime minister is already under considerable pressure, but calls for him to go will fall on deaf ears if he performs well on bread and butter issues facing the majority of Thailand’s population.

Thida Thavornseth, a long-time political campaigner and former UDD leader, shares the view that how much the Samakee Prachachon group will matter will be determined by how many people it can attract.

Though both the leader Jatuporn and the Prayut resignation issue may appear attractive, Thida is skeptical that Samakee Prachachon will have much impact.

Samakee Prachachon members claim that they have experience from fighting undemocratic rule in 1992 and know that Prayut’s rule is undemocratic. Thida points out, though, that some of the members supported the coup in 2014, which put Prayut in in power.

“They might not want to join with those who supported the coup’s leader, but became frustrated when Prayut failed to deliver,” Thida said.

Some of Prayut’s opponents are also so progressive that they are not satisfied with just Prayut as the target. They are aiming a lot higher than that, she explained, apparently referring to the anti-establishment movement.

Asked how much the red shirts will support Samakee Prachachon, Thida echoed Jatuporn’s statement that he joined the forum as an individual, not the UDD president. Jatuporn’s relationship with the red shirt supporters may be strained since he proposed, late last year, to disband the UDD, which is the largest red shirt organization.

Meanwhile, Patsaravalee Tanakitvibulpon, better known as “Mind”, a leader of the current movement demanding political change, says she does not view it is as necessary for Samakee Prachachon to unify anti-government groups, adding that she welcomes any group. It is a basic right to have freedom of expression and it allows different voices in society to be heard. Each group has it, she said.

“The most important thing is for different groups to share the same view of Prayut and demand that he quits. We already share the same goal,” Mind said. “This could be considered a single, unified movement already. We all campaign for democracy and we want Prayut out.”

Asked whether younger generation groups will relate to Jatuporn’s, Mind responded “It depends on the timing.” 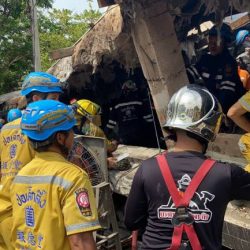 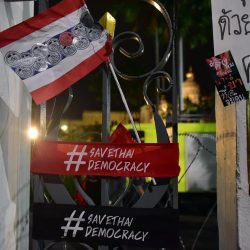