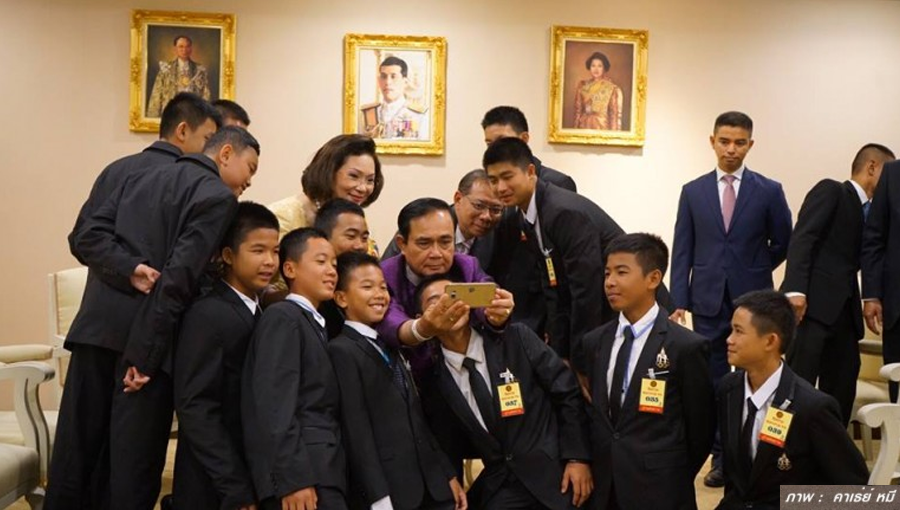 Members of the Wild Boars soccer team capped their week-long journey that took them to Argentina and the United States with a meeting this morning with Prime Minister Gen Prayut Chan-o-cha at the Government House.

Accompanied by Phayao governor Narongsak Osotthanakorn, who headed the dramatic rescue operation at Tham Luang cave in Chiang Rai that captivated the world three months ago, presented the prime minister with the Asia Game Changer Award they had received from the Asia Society in New York last week.

Gen Prayut thanked the young soccer players and their coach for bringing fame to the country and reminded them to always remember all those who were involved in the rescue operation, especially former SEAL member Samarn Kunan, alias Ja Sam, who died in the course of the rescue attempt.    They confirmed with Gen Prayut that none of them had agreed to any movie rights as earlier reported.

The boys and their coach had just returned from a tour to Argentina where they attended the summer Youth Olympics and the US where they appeared on the popular Ellen Show. 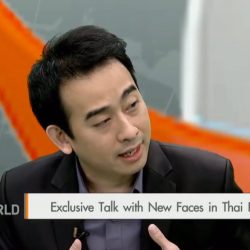 How the young politicians see the future