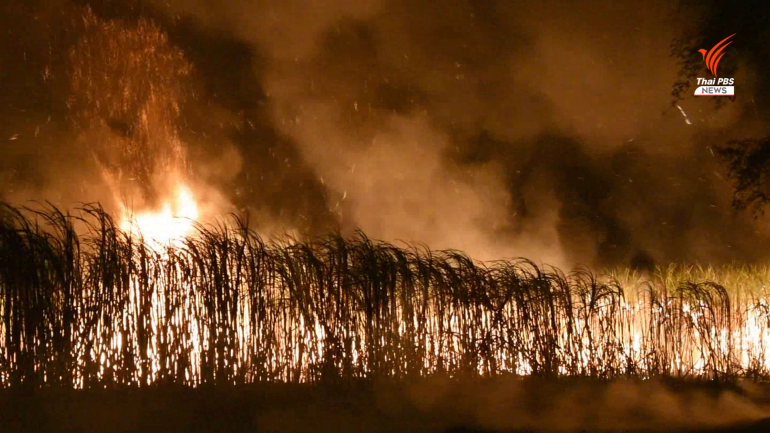 Burning of sugarcane by farmers in several provinces is increasing airborne pollution, affecting local residents, and officials appear to be powerless or reluctant to intervene to stop the practice.

The flouting of an order banning the practice, in effect since last year, has prompted civic groups and media organizations in Phetchabun province to protest the illegal practice which, they claim, is threatening people’s health, especially that of children, and is affecting local businesses.

The groups, led by Mr. Pandit Pan-ngern, submitted an open letter to Phetchabun’s governor on January 14th, questioning the competency of officials to address the problem of sugarcane burning. The groups also demanded that number of sugarcane plantations in the province be reduced.

“It is fine for someone to make a living honestly, but to make a living in a way which causes disturbance or damage to the other people amounts to a violation of human rights,” Mr. Wisan Kositanon, president of the Cultural Council of Phetchabun province, said on Facebook, adding that the people and media are also against the plan to build a third sugar mill in Huay Yai district.

The maximum levels of PM2.5 dust in Muang and Wichien Buri districts were measured by the provincial health office at 112.67 and 126.67 microns on January 12th.

Owners of sugarcane plantations have always claimed that they cannot afford the costs of hiring workers to cut the plants and have to resort to burning, which will make the cutting of the canes much easier and save cost. Burned canes, however, fetch lower prices because the burning process reduces the sweetness of the cane.

Burning of sugarcane has also become widespread in Sa Kaew province and has been going on for weeks, apparently without any local agencies stepping in to stop the illegal practice.

Mr. Kaew Nilla-or, who owns a eucalyptus plantation next to the sugarcane in Khao Chakan district of Sa Kaew, complained to Thai TBS that fire from the sugarcane plantation has destroyed 0.32 hectares of his eucalyptus. He has lodged a complaint with the local police.

He said smoke and dust from the burning process have affected the other plants in surrounding areas and threatened people’s health, adding that he has not seen any authorities making any effort to stop the burning. 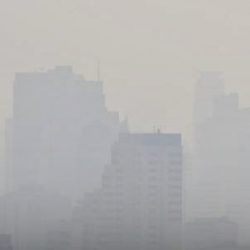 Air pollution is worsening in and around Bangkok 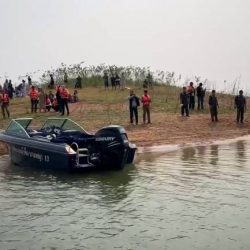