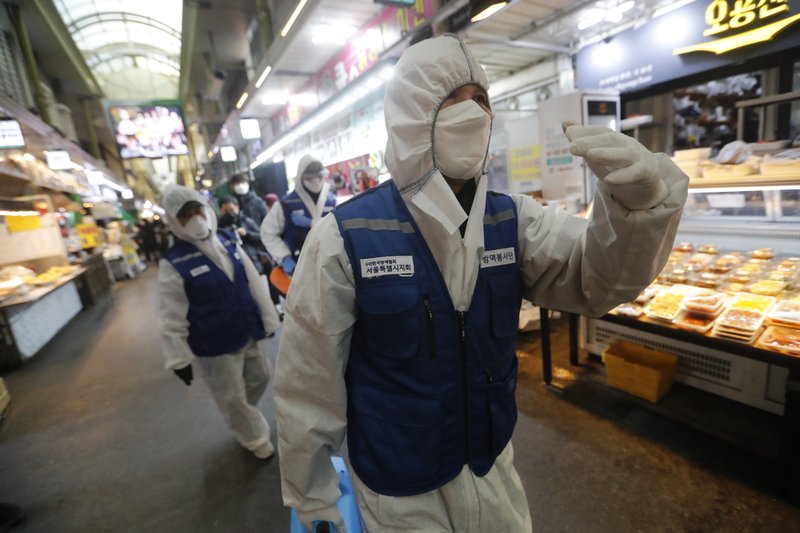 Workers wearing protective gears arrive to spray disinfectant as a precaution against the coronavirus at a market in Seoul, South Korea, Monday, Feb. 24, 2020. South Korean President Moon Jae-in said his government had increased its anti-virus alert level by one notch to “Red,” the highest level. It allows for the temporary closure of schools and reduced operation of public transportation and flights to and from South Korea. (AP Photo/Ahn Young-joon)

GENEVA (AFP) — The World Health Organization on Friday raised its global risk assessment of the new coronavirus to its highest level after the epidemic spread to sub-Saharan Africa and financial markets slumped.

The virus has proliferated around the globe over the past week, emerging on every continent except Antarctica, prompting many governments and businesses to try to stop people from travelling or gathering in crowded places.

It has killed more than 2,800 people and infected over 84,000 worldwide — the vast majority in China — since it emerged apparently from an animal market in the central Chinese city of Wuhan in late December.

But it is its rapid spread to new zones that has authorities concerned — in the past 24 hours, it has affected nine new countries, from Azerbaijan to Mexico to New Zealand.

“We have now increased our assessment of the risk of spread and the risk of impact of COVID-19 to very high at global level,” WHO chief Tedros Adhanom Ghebreyesus told reporters.

“We do not see evidence as yet that the virus is spreading freely in communities. As long as that’s the case, we still have a chance of containing this virus,” he said.

The chair of the US Federal Reserve, Jerome Powell, said the central bank stood at the ready to intervene if needed, given the “evolving” risks to the world’s largest economy posed by the deadly outbreak.

New drastic measures were put in place: Switzerland cancelled all gatherings of more than 1,000 people, and Saudi Arabia banned Gulf citizens from its holy cities of Mecca and Medina.

“This is not a time for panic. It is time to be prepared — fully prepared,” UN Secretary-General Antonio Guterres said.

Those efforts come as the number of deaths and new infections has been tapering off in China, following unprecedented quarantine efforts locking down tens of millions of people in the worst-hit cities.

But infections elsewhere have started to surge, with Iran, Italy and South Korea becoming the major new hotspots and cases being confirmed in around 50 countries.

“We see a number of countries struggling with containment,” said Michael Ryan, head of the WHO’s health emergencies programme.

The WHO has voiced particular concern about Africa’s preparedness, warning that the continent’s health care systems were ill-equipped to respond to a COVID-19 epidemic.

Cases had previously been reported in Egypt and Algeria, but not in the sub-Saharan region until Friday when Nigeria reported its first case: an Italian man in densely populated Lagos.

In Iran, unnamed health system sources told the BBC that at least 210 people had died of the coronavirus — far beyond the official death toll of 34, but a health ministry spokesman angrily denied that figure.

The coronavirus crisis is affecting everything from global production to schools to sporting events, with FIFA warning Friday that international football matches could be postponed.

Several companies have said they expect the virus to hit their earnings because of weaker demand. 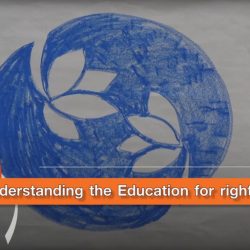