What you should know about Thanathorn share ownership case

Another historic and highly-politicised case climaxes on Wednesday this week with a Constitution Court ruling on charges that Future Forward leader Thanathorn Juangroongruangkit still owned shares in a company doing a media business when he registered as a candidate for the March election.

Here are facts about the case, which will determine the immediate and long-term political course of Thailand no matter how the ruling goes:

What the Constitution says: Section 98 states that any person who is the owner of, or a shareholder in, any newspaper or mass media business, shall be prohibited from exercising the right to stand for election in an election of Members of the House of Representatives.

Section 101 states that violators shall be disqualified as members of the House of Representatives.

What the accusers (Election Commission, among others) say: When Thanathorn registered his candidacy for the March 24 election in February, he still held 675,000 shares in the V-Luck Media Company. This renders the registration illegal and he must be stripped of the MP status.

What the Future Forward Party says: He transferred all his V-Luck Media shares to his mother on January 8 this year, many days before registering his election candidacy. He has a transfer contract with his mother to show for it. Additionally, the transfer was recorded in the company’s book of registered shareholders. Such a book was accepted as evidence in court previously.

Point of contention: The defence says what was recorded in the company’s book of registered shareholders should be final. The accusers, however, insist that the copy of the company’s list of shareholders, known as the Bor Or Jor 5 document, should be used in this case because the book is private and belongs exclusively to the biggest shareholders, whereas Bor Or Jor 5 was a more updated document which was obligatorily sent to the Commerce Ministry which made it public to allow outside investors to make sound decisions.

What the accusers say: Additionally, Thanathorn’s claim that he transferred the shares to his mother on January 8 was questionable because there is plenty of documented, photographed and video evidence that he was in Buriram that day, and there was no record of him taking a flight back to Bangkok to make the transfer.

What the defence says: Thanathorn was admittedly in Burram on that day, but he took his personal van back to Bangkok in time to complete the transfer in the evening. He chose the road trip instead of an air travel because he could rest better in the comfort of his van. There are tollway and traffic police tickets to show that a Thanathorn-owned van travelled from Buriram to Bangkok that day.

Editor’s note: Talks about checking Thanathorn’s mobile phone records in the afternoon of January 8, which could settle the controversy regarding his whereabouts during the period once and for all, were never really pursued. Although he had vowed during a media interview to agree to a phone record check, the telecom company, Dtac, said that only he, the subscriber, could trigger the process with a formal request.

The check controversy: In May, Thanathorn cashed the 6-million-baht cheque he received from his mother as payment for the shares. Although critics considered the timing unusually late, Thanathorn insists it is normal for business people like him to leave big-money checks longer than most people do. He told the Constitution Court that sometimes forgotten checks were sent back from the laundry.

Possible danger for Thanathorn: If the court rules against him on ground of Bor Or Jor 5, endorsing it at the expense of the book of registered shareholders, he would just only be disqualified as an MP. If the court questions the authenticity of his share transfer documents, the case can become criminalized, after which penalties can be heavier and they might include a long ban from politics.

What the defence says regarding V-Luck Media businesses: Thanathorn’s “Plan B” (in case the Constitution Court rules that he did not make the transfer in time) is that V-Luck Media was never engaged in politically sensitive content ever. In addition to that, the company was closing down as he entered politics and there were documents to show for it.

What the accusers say regarding V-Luck Media businesses: There were documents stating that the company received considerable income from its media-related operations. Additionally, documents showing reduction in manpower or layoffs did not constitute an official end to a business. V-Luck Media never informed the authorities it was shutting down its media-related operations for good. 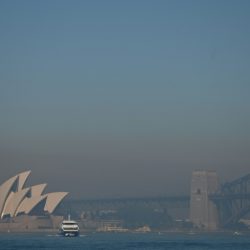 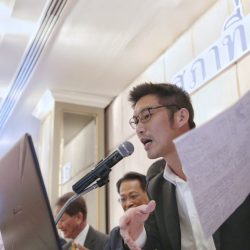