Smog conditions in and around Bangkok are expected to get worse between February 13th and 15th, with an increase in the level of accumulated PM2.5 dust particles in the atmosphere – thanks to the anticipated high pressure cell over the central region, the Meteorological Department reported today.

The department also predicted a slight drop of temperatures and urged relevant agencies to take steps to deal with the situation.

Meanwhile, the Pollution Control Department said today that the smog problem will get worse next week through February 13th and might pose a health hazard.

After a tough crackdown on smoke-belching vehicles, he said that the number of vehicles found violating pollution rules has dropped from an average of 500-600 a day to about 400.

Several upcountry provinces, where there are huge sugarcane or maize plantations, such as Khon Kaen, Chon Buri Nan and Uttradit, are experiencing a worse haze problem this year compared to previous years due to the burning of sugarcane waste.

Farmers and big plantation owners have admitted that burning of sugarcane and maize waste is cheap and more convenient than cutting them down manually or with tractors which are more costly and time consuming methods. 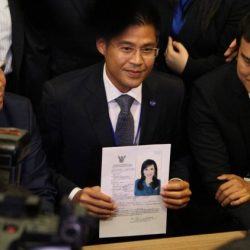 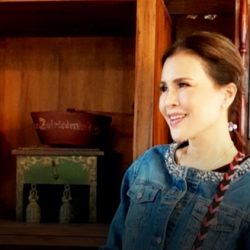