Rain water leaked through the roof of the parliament building onto the ground floor again last night, requiring workers to bring buckets and wheelbarrows to catch the drips, said former Democrat MP Watchara Petthong in his Facebook post today (Wednesday).

Even though the rain was not heavy, he claimed that the ground floor of the new 12-billion baht building was drenched with water, which had leaked through the defective roof, adding that sandbags were seen stacked up at the entrance.

The former Democrat MP, who has been critical of parliamentary authorities for accepting delivery of a “defective” building, said that it has been dogged by leaks, to the surprise of numerous visitors.

“Is this the parliament that cost 12.28 billion baht to build?” he said some curious visitors may ask.

He said that the Office of the Secretary-General of the House of Representatives, which is responsible for accepting the building from the contractors, appears to lack a long-term solution to the leaks.

The building was constructed by Sino-Thai Engineering and Construction Company. 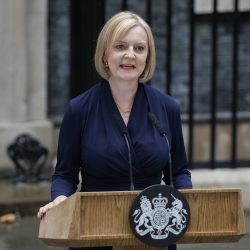 OPINION: PM Truss - be careful what you wish for