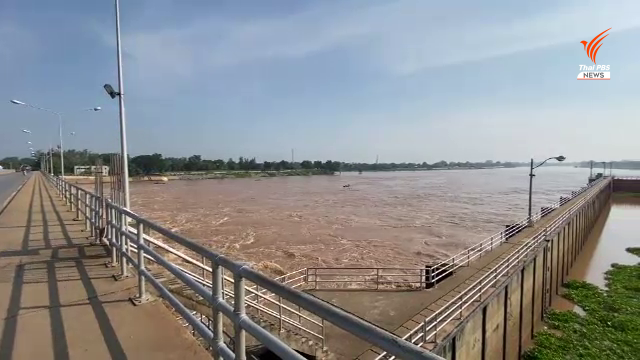 The Royal Irrigation Department (RID) has issued a new warning of river overflows in 11 provinces located downstream of the Chao Phraya Dam in Chai Nat Province, after the department decided to increase the discharge rate through the dam from 1,800-2,000m3/sec to 2,100-2,200m3/sec from this Thursday.

RID Deputy Director-General Thaweesak Thana-dachopol said today (Tuesday) that it is necessary to discharge more water as the volume of water upstream of the Chao Phraya Dam has increased due to accumulated heavy rainfall over the past several days.

He warned that the increased rate of discharge will cause the water level in provinces along the Chao Phraya River, namely Chai Nat, Uthai Thani, Sing Buri, Ang Thong, Ayutthaya, Suphan Buri, Lop Buri, Pathum Thani, Nonthaburi, Samut Prakan and Bangkok, to increase by 40-60cm on Friday and Saturday. 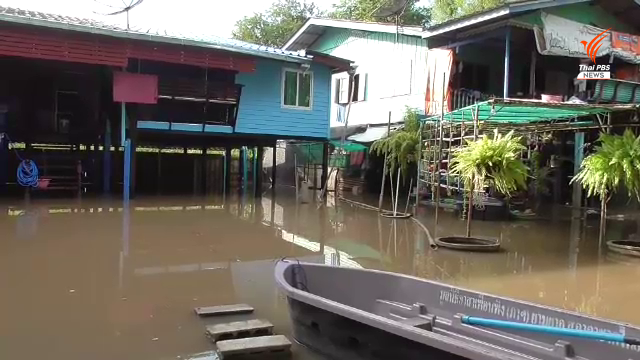 Meanwhile, the Meteorological Department forecasts heavy to very heavy rain for most parts of Thailand, including Bangkok and its suburbs until Sunday, as the result of a moderate monsoon trough moving over northern, central, eastern and north-eastern Thailand towards a low pressure cell in Cambodia.

Moreover, the department said that the intensification of the south-westerly monsoon over the Andaman Sea and the Gulf of Thailand and the monsoon trough over northern and north-eastern Thailand will bring more rain and isolated heavy showers to northern, north-eastern, central, eastern and southern regions of Thailand, including Bangkok and its suburbs from tomorrow until Sunday.

In Bangkok today, the public disaster mitigation centre of the Royal Thai Navy sent a large contingent of men to Bang Phlat district to help with filling sandbags, to be used in reinforcing floodwalls along the Chao Phraya River from Pin Klao Bridge to Rama VII Bridge.

The centre has also placed its men and equipment on standby to provide emergency help to people in case of flooding.