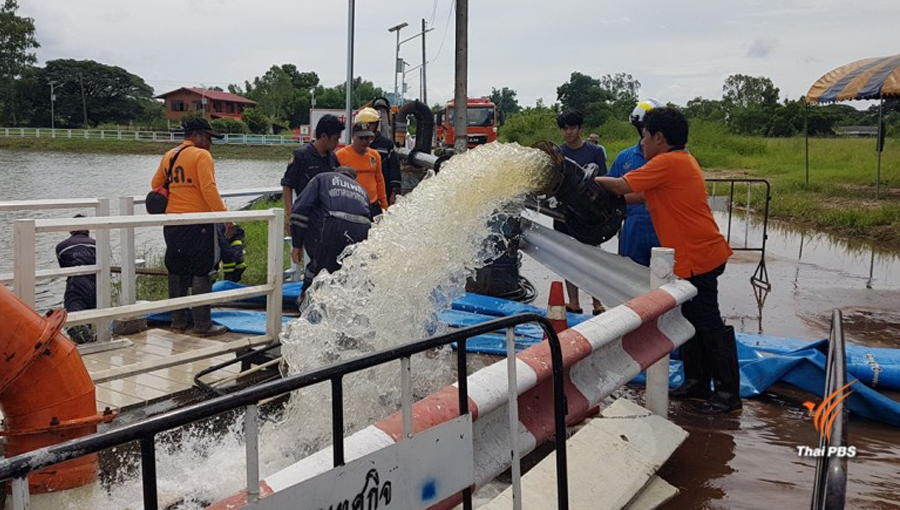 The government will open a “war room” tomorrow to keep track of water situation throughout the country around-the-clock in anticipation of another storm which was forecast to hit Thailand in the middle of this month with more rains, flash floods and landslides.

The “war room” or the ad hoc centre to follow up and manage water around-the-clock which is based at the Royal Irrigation Department will have the authority to decide how much water to be discharged from a dam or a reservoir and to manage water so as to ensure the least impacts on the people, said Mr Somkiart Prachamwong, secretary-general of the Office of National Water Resources, on Thursday.

He said that the overall picture of the water situation in the country now was put at yellow level or the watch-out level and 11 major dams or reservoirs would be put under close watch in light of the anticipated arrival of a storm in mid-August.

Mr Somkiart dismissed some reports that the water situation this year could be as bad as it was in 2011 when Bangkok and many other provinces were hit by the worst ever flood, saying that the overall amount of water is high but only in certain areas.

Water in two major dams namely Bhumibol and Sirikit is still manageable under the supervision of the Royal Irrigation Department which is closely monitoring the water flow into the two dams to make sure that the water inflow should not be to excessive, said Somkiart.

He gave assurance that the small-sized reservoirs are strong, but the earthen embankments of some of these reservoirs need to be strengthen in light of more water inflow during the rainy season.

Meanwhile, it was reported that Deputy Prime Minister Chatchai Sarikalya had instructed authorities concerned to notify people living downstream of a dam or a major reservoir three days in advance before water is to be discharged from the dam or reservoir.

Currently, the Nam Oon dam in Sakhon Nakhon and Kaeng Krachan dam in Petchaburi are more than 90 percent full and more water are to be discharged downstream from the two dams. 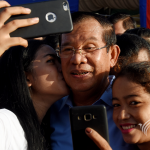 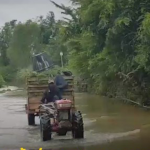