Back in 1856, Jean-Henri Dunant was a Swiss entrepreneur who created a corn growing and trading business in the then French colony of Algeria. The land and water rights, however, were not clearly assigned and the colonial authorities were not especially cooperative.

Dunant decided to appeal directly to the French emperor, Napoléon III, and travelled to Solferino, in Italy, to meet him personally in 1859.

This is where the journey of the Henri Dunant we know today began. He arrived in Solferino at the end of a battle between France and Austria, which was part of the Second Italian War of Independence. Thousands of people lay wounded, dying and dead on the battlefield.

Dunant began to provide aid to the injured and sick soldiers. He organized the purchase of much needed materials and helped to set up makeshift hospitals. He also convinced the locals to treat the wounded, regardless of which side they fought for in the conflict.

After returning to Geneva, Dunant wrote a book about his experiences titled “A Memory of Solferino.” In his book he asked whether it would be possible, in times of peace, to form relief societies for care to be provided to the wounded in wartime by qualified volunteers.

He traveled through Europe to promote his idea, which was received positively by the members of the Geneva Society for Public Welfare. A five-person Committee was created, with Dunant as one of the founding members.

Their first meeting, on 17th February 1863, is now considered the founding date of the “International Committee of the Red Cross”.

Almost 40 years later, Dunant was awarded the first-ever Nobel Peace Prize, for his role in founding the International Red Cross movement and initiating the creation of the Geneva Convention.

Today, the Henri Dunant Road connects many significant places, such as Chulalongkorn University, Chulalongkorn Hospital, the Patumwan Demonstration School, the Royal Thai Police Headquarters, Siam Square, a famous shopping area in Bangkok, and the Royal Bangkok Sports Club, with its racecourse, or Sanam Ma, the former name of this road. 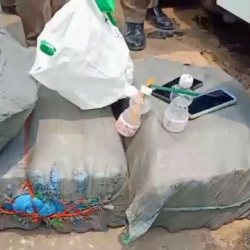