Thai society is diverse, people of different faiths live together peacefully. For example, this Charoenkrung neighborhood where the faithful of 3 religions have co-existed for more than a century.

Have you ever wondered how people who look, and probably feel so different, can live together so harmoniously? We will talk to the 3 religious leaders in a community in Charoenkrung.

These three faiths reached the area at around the same time. Muang Kae temple was built in the neighborhood in 1768. Christian missionaries have been coming to Thailand since the Ayutthaya period. Then many Christians relocated to Bangkok. From Ayutthaya to Conception Church in the Samsen area to Santa Cruz Church to the Holy Rosary Church and then to Assumption Cathedral.

Islam in Thailand can be traced back 2 centuries. The Charoenkrung area was bustling with international traders. There were a lot of Arab-Indonesians, Chinese and Westerners. There were Muslims, migrating from Ayutthaya and other towns, who settled down here, including some from abroad. The Haroon Mosque was founded by Hajji Yusuf Bafadel, an Arab-Indonesian who later changed his nationality to Siamese at that time.

It is clear here that the neighborhood is a truly multi-cultural society in Bangkok, and it very much welcomes visitors of all faiths. 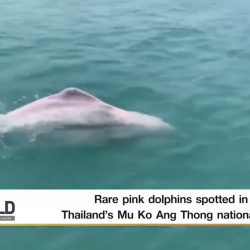 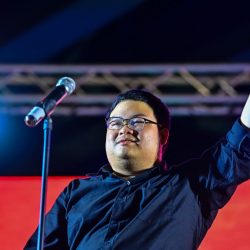