This neighborhood, in Charoenkrung Soi 30, is now called Captain Bush Lane. It was home to many members of Bangkok’s early European expatriate community, during the 19th and 20th centuries, including Captain John Bush, an influential English sea captain.

In 1857, Captain John Bush was appointed Harbour Master of the Central Harbour Department by King Rama the 4th. He held that position for 30 years, serving Kings Rama the 4th and 5th. He became Admiral Bush and was granted the royal title of Phraya Wisuth Sakoradith.

His contributions to Siam, as Thailand was called at the time, were highly valued by both the kings he served.

The many coffee shops and art galleries here have made Captain Bush Lane a haven for café hoppers and street art lovers, and for anyone who appreciates the beauty of historical buildings. One could easily fall in love with this neighborhood.

A hundred and fifty meters into Captain Bush Lane, on the left, you will see a creative space called Warehouse 30.

During World War II, the Japanese built these warehouses, to store military supplies. The warehouses were left intact after the war.

Today, the Bangrak community has come together to build awareness and appreciation of this neighbourhood’s heritage. The campaign is spearheaded by one of Thailand’s prominent architects, Duangrit Bunnag

The original warehouses have now been converted into shops, cafés, restaurants and galleries, a far cry from all the machinery and locomotive parts kept here in the past.

Venture a little deeper into the lane and you will find the Portuguese Embassy, the oldest diplomatic residence in Thailand. It was first established on land granted by King Rama the 2nd in 1820 as a factory.

Besides the gorgeous Portuguese wall art, there’s Si Phraya Pier, where you can catch the Chao Phraya Express Boat service.

Walking past the pier, on the right, you will see an elegant, neoclassical style building, with a central pediment at the front and beautiful roman curves on the doors and windows. This is House No. 1.

The original building was the office of the former French Distillery Company. It became House No. 1, because Bangrak District regarded it as the property of the Privy Purse and honoured it with the number one.

The Crown Property Bureau considers it to be a structure of historical value, representing genuine neoclassical architecture.

Next to House No. 1 is a warehouse. It is the only remaining structure of the Louis T. Leonowens Company, built in the vernacular style.

Some of the historical buildings in this neighborhood were, unfortunately, demolished to make room for new projects, such as the Royal Orchid Sheraton Hotel, the Hong Kong and Shanghai Banking Corporation and Captain Bush house.

Even so, there are still many beautiful examples of architecture to be discovered in Captain Bush Lane. 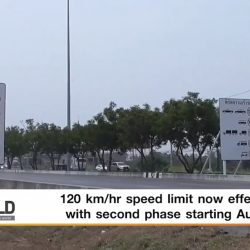 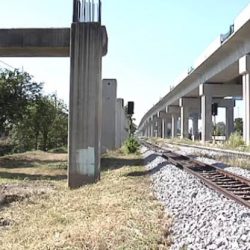