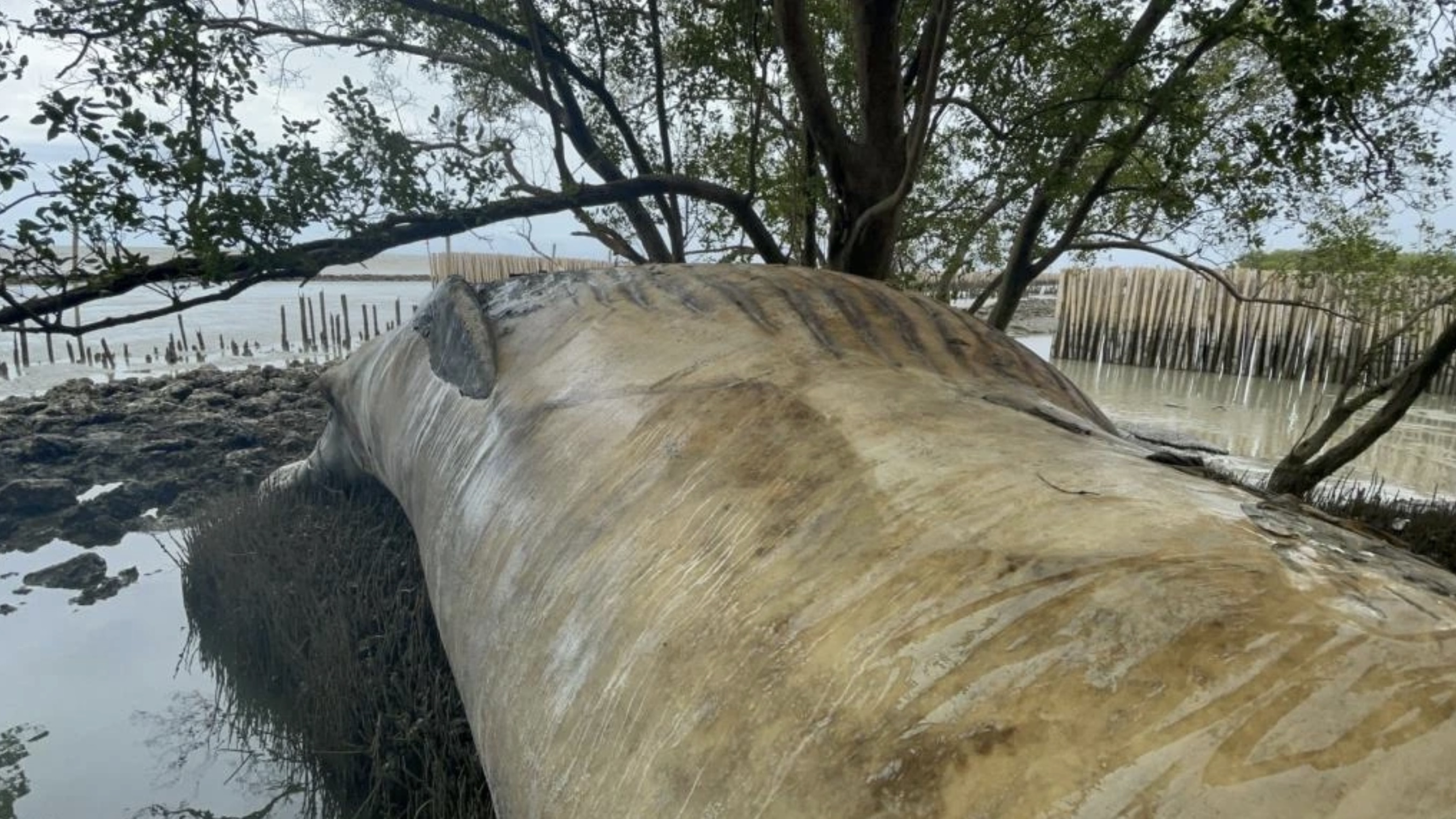 A team of veterinarians from Thailand’s Department of Marine and Coastal Resources was sent to a mangrove forest in Bang Khun Thian district yesterday (Saturday), to investigate the remains of a 10-metre Bryde’s whale.

The dead whale was spotted on Friday evening floating in the sea, opposite a seafood restaurant in Samut Sakhon province. Khok Kham district police were alerted. The whale’s bodywas later washed ashore in a mangrove forest in Bang Khun Thian.

The vets took samples from the dead mammal’s stomach, to take to the lab for analysis, in the hope of determining the cause of its death. Bruises were found on the belly of the mammal, but the vets could not determine whether they were inflicted pre or post mortem.

Wattana Pornprasert, head of the natural resources and environment office in Samut Sakhon, who went to the scene yesterday, said that the whale might have died of old age, drowned after being caught in a fishing net or from ingesting plastic waste.

A small number of dead Bryde’s whales are occasionally found in the Gulf of Thailand or washed ashore.

The Bryde’s whale is one of four wildlife species added to the list under in Thailand’s Protected Wildlife Species Act three years ago. The other three are Omura’s whales, leatherback turtles and whale sharks. 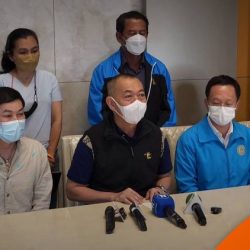 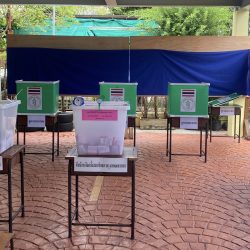