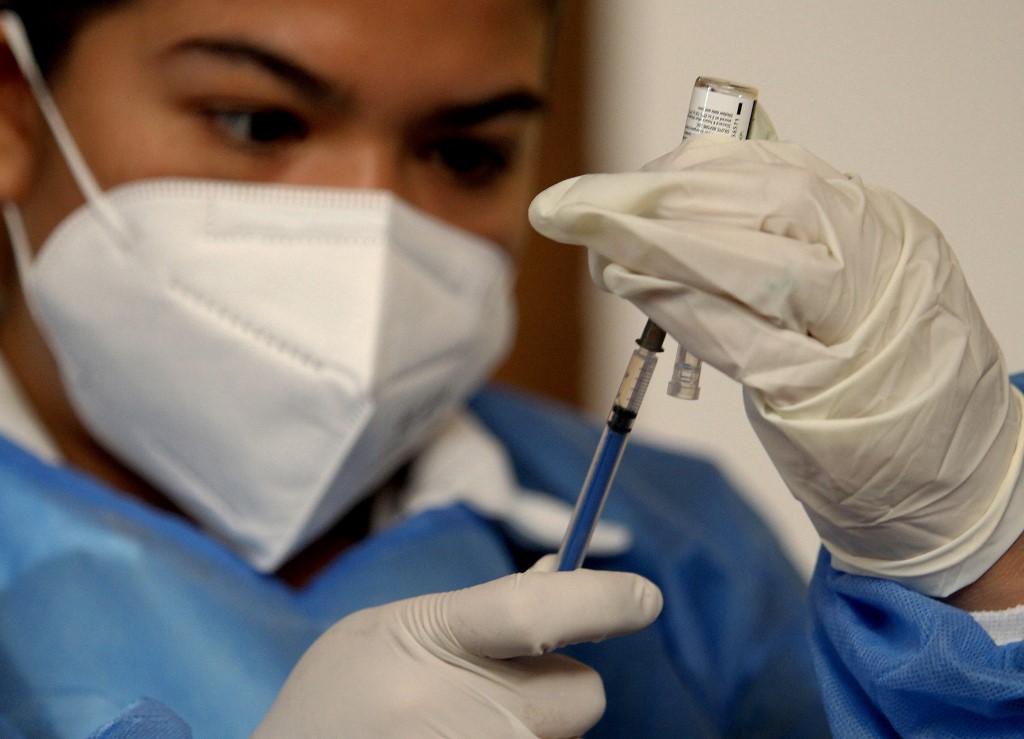 A nurse prepares a syringe with a dose of the Pfizer-BioNTech COVID-19 vaccine at a vaccination center in Tlaquepaque, Mexico, on March 8, 2021. (Photo by ULISES RUIZ / AFP)

The OECD sharply raised its 2021 global growth forecast on Tuesday as the deployment of vaccines and a huge US stimulus programme have greatly improved economic prospects.

The Paris-based Organisation for Economic Co-operation and Development says it now expects the global economy to grow by 5.6 percent, an increase of 1.4 percentage points from its December forecast.

“Global economic prospects have improved markedly in recent months, helped by the gradual deployment of effective vaccines, announcements of additional fiscal support in some countries, and signs that economies are coping better with measures to suppress the virus,” it said in a report.

The world recovery will be largely carried by the United States, thanks to President Joe Biden’s $1.9 trillion stimulus programme, Laurence Boone, chief economist of the OECD, told AFP.

The OECD now sees the US economy climbing by 6.5 percent this year, an increase of 3.3 percentage points from its previous forecast.

Boone said the US recovery accounts for one percentage point of the global growth revision.

The OECD said global output could rise above the pre-pandemic level in mid-2021.

It noted, however, increasing signs of divergence between countries as some nations are faster to roll out vaccines while others employ containment measures.

“Despite the improved global outlook, output and incomes in many countries will remain below the level expected prior to the pandemic at the end of 2022,” said the 37-nation organisation which advises advanced economies.

For the moment, only China, India and Turkey have surpassed pre-pandemic levels of economic output.

The OECD said the “top policy priority” is to deploy vaccines as quickly as possible throughout the world, to save lives as well as to speed economic recovery.

“There are huge and significant risks to our economic projections, most notably the pace of vaccination,” Boone told AFP.

“What we know if the faster countries vaccinate, the quicker they can reopen their economy,” she said, adding that Europe should speed up its vaccination efforts.

Britain, which also has rolled out vaccines quickly, got a 0.9 percentage point increase to 5.1 percent — higher than the UK’s own forecast, which was lowered last week.

The eurozone, where vaccination campaigns have been slower, received only a 0.3 percentage point bump to 3.9 percent, as the recoveries in both Italy and France were revised lower.

The OECD also urged advanced nations to step up their support to efforts to aid poorer countries obtain vaccines and get them into arms.

“The resources required to provide vaccines to lower-income countries are small compared with the gains from a stronger and faster global economic recovery,” said the OECD.

The forecast for China was also revised lower, by 0.2 percentage points, to 7.8 percent.

The OECD said fiscal and monetary policy should remain supportive of recoveries.

Concerning inflation, the threat of which has caused markets to swoon in recent weeks, the OECD said underlying price pressures generally remain mild and are being held in check by ample spare capacity around the world. 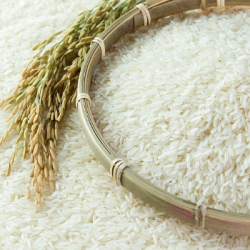 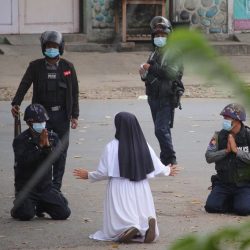