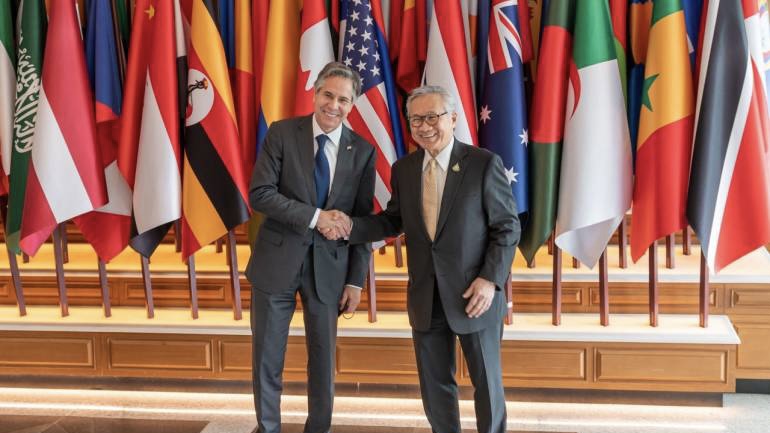 The signing in Bangkok today (Sunday) of the Communique on Strategic Alliance and Partnership and the Memorandum of Understanding to Promote Supply Chain Resilience,between Thailand and the United States, will deepen the alliance and partnership between the two countries and lay out new areas in which the two nations can work more closely together, said US Secretary of State Anthony Blinken.

Blinken flew into Bangkok last night for his first official visit to Thailand since his appointment, following the G20 leaders’summit in Bali. A discussion was held this morning with Thailand’s Foreign Minister Don Pramudwinai.

The communique, he said, will open up new areas in which the US and Thailand can work, such as promoting clean and renewable energy technologies, including electric vehicle and carbon capture technologies.

The MoU, said Blinken, will help the two countries share information and consult on supply chain problems, so early action can be taken to address any disruption.

He referred to the 1833 Treaty of Amity and Commerce between Thailand and the US, which marks the beginning of diplomatic relations between the two countries, saying it did not envisage such issues as renewable energy or supply chains. That document just mentioned that the two countries would engage in commerce “as long as Heaven and Earth shall endure” and that we would live in “perpetual peace”, he said, adding that the two documents signed today will build on that peace, for the benefit of the Thai and American people and the world. 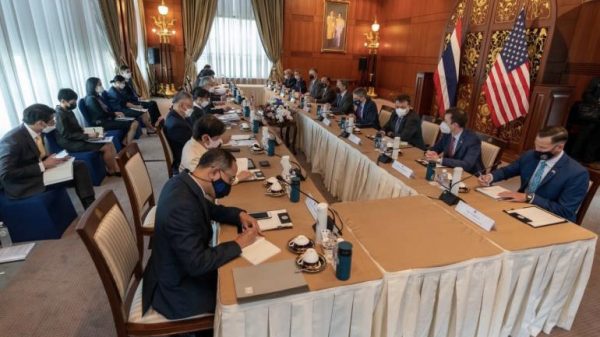 Blinken also mentioned the communique signed 60 years ago in Washington DC by the US Secretary of States Dean Rusk and then Thai Foreign Minister Thanat Khoman.

The new communique signed today, he said, will expand their vision, broaden the cooperation and take the partnership to a new level in the 21st century.

As chair of the APEC Summit at the end of this year, the secretary of state said that the Indo-Pacific region is at the forefront of shaping the trajectory of the 21st century every day.

The US and Thailand, he said, share the goal of a free, open, interconnected, prosperous, resilient and secure Indo-Pacific. He added that economic and security ties between the two countries are strong.

Thailand, he said, was the first country to join the Clean Energy Initiative, which connects countries, enabling them to expand their use of renewable energy, with the help of the 7 American companies which have already shown interest in investing up to $2.7 billion in Thailand’s clean energy sector. 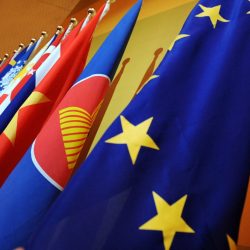 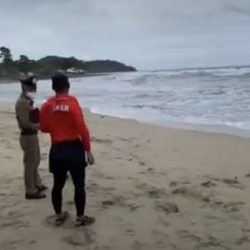